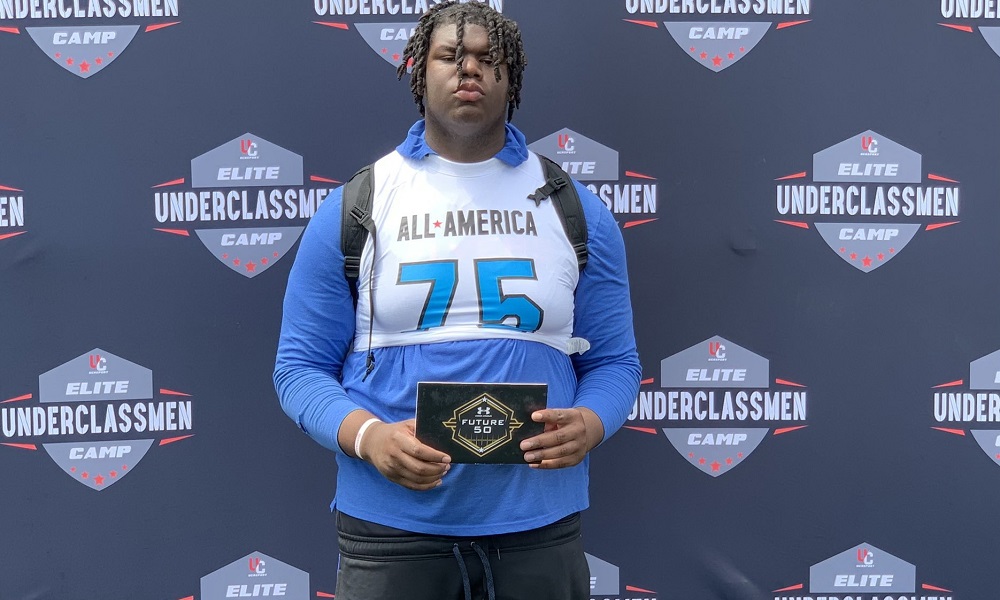 Miles McVay told Touchdown Alabama he will announce his commitment on Aug. 11 to give his mother a ‘big gift’ on her birthday.

McVay is one of the most sought-after offensive tackle prospects in the country. Alabama has been recruiting McVay for a little over a year. He earned an offer from the Crimson Tide last summer after an impressive camp performance, and he has visited UA multiple times since then.

McVay’s last trip to Alabama was last month when his mother and uncle joined him.

“I had coach Saban talk to my mom, and they had a great conversation, ” McVay told Touchdown Alabama. “It was not really me and him talking this time. My uncle is a big Alabama fan, and he is an extremely big Nick Saban fan. He knows how he is and everything, and he got to meet him. He was ecstatic. My mom asked a lot of questions at the academic center. Saban ensured her I would be okay if I ever went to Alabama.”

The Illinois product previously scheduled an official visit to Alabama for the weekend of Oct. 8, and he still plans to take that official.

McVay currently stands at 6-foot-7, and he weighs approximately 330 pounds. He primarily lined up at tackle for East St. Louis High School during the 2021 football season.