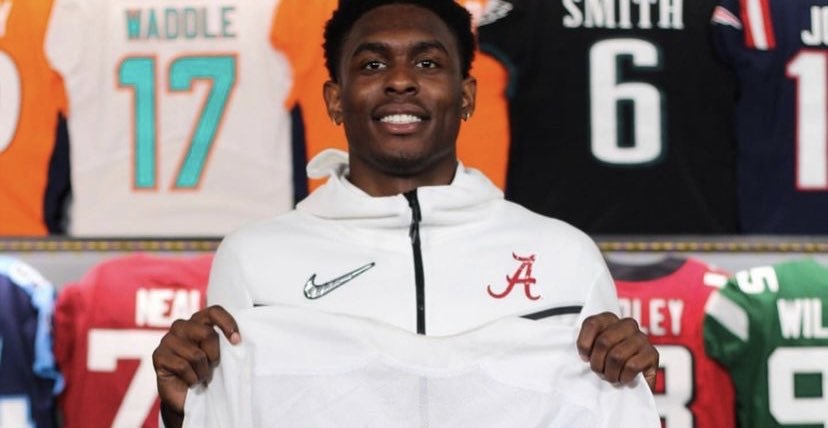 Benson attends Hutchinson Community College in Kansas. He is the Crimson Tide’s eleventh 2023 commit, and he is the second JUCO prospect to give Alabama a verbal commitment, joining Justin Jefferson. The Kansas native chose Alabama over Georgia, Tennessee, LSU and Oregon.

The new Alabama commit jumped onto the recruiting scene after a successful freshman season at Hutchinson. He picked up his first offer in December, and Benson’s recruitment quickly took off. The Tide offered Benson in March, and they made a strong push for him the following months.

The JUCO prospect was a serious weapon as a freshman. He finished the 2021 football season with 43 receptions 1,229 yards and 11 touchdowns with his impressive route-running skills and acceleration after the catch. He explosive speed has been verified as he once clocked in at 10.44 while running the 100-meter dash as a senior in high school.