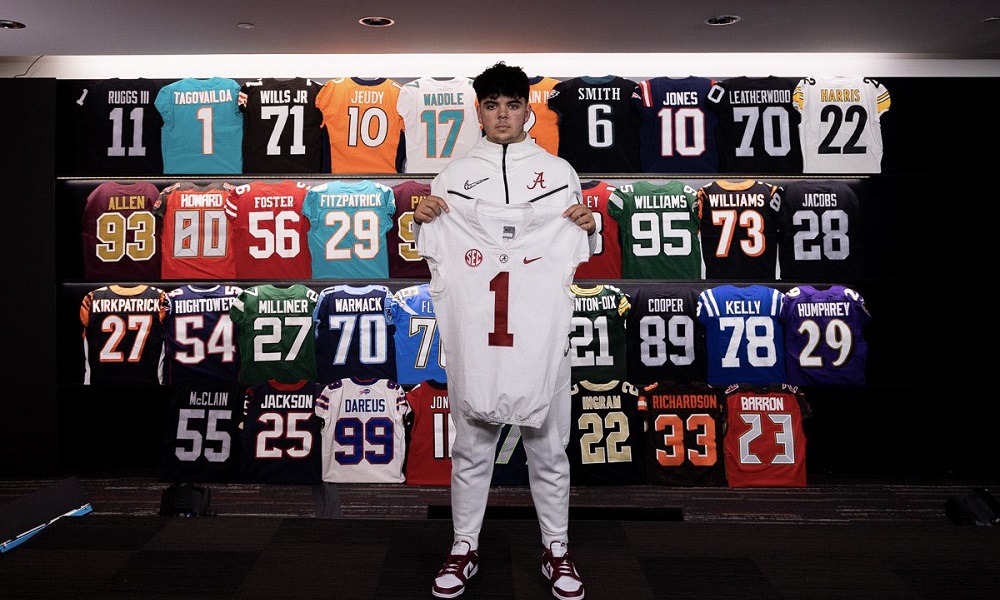 Lonergan attends Brookwood High School in Georgia, and he is rated as a four-star recruit. His commitment gives the Crimson Tide eleven 2023 commits. He is Alabama’s second 2023 quarterback commit, joining Eli Holstein.

The Gamecocks, Cardinals and the Crimson Tide each hosted Lonergan for an official visit in June. He told Touchdown Alabama he got a better feel for the Alabama football program during his official to UA.

“I really got a better feel for the school as a whole as well as the players and the coaching staff,” Lonergan said. “Alabama is probably the best football program in the country from every aspect. They offer a lot at the quarterback position. They have three in the NFL right now.”

Lonergan currently stands at 6-foot-2, and he weighs approximately 200 pounds. He has impressive pocket presence with a strong arm and he can make some incredible throws while on the run. The Alabama commit can also make some plays with his feet as a ball carrier.

The Brookwood product threw for 3,392 yards and 32 touchdowns while only throwing three interceptions as a Junior. He also rushed for 645 yards and seven touchdowns.

With Lonergan’s commitment, Alabama has wrapped up its 2023 quarterback recruiting efforts.