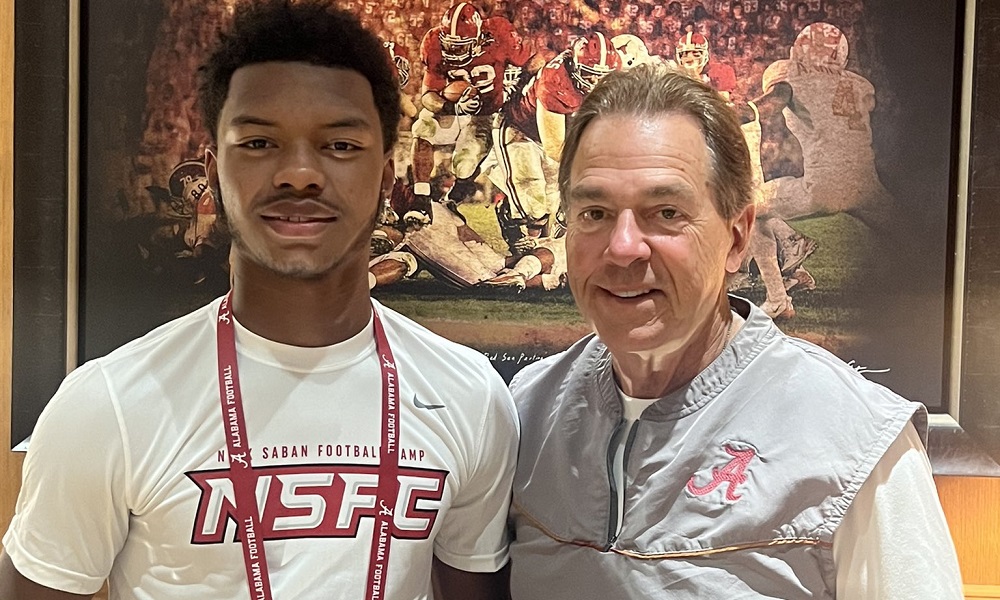 Woodby spent a few days in Tuscaloosa in June, and he got an opportunity to work out in front of Alabama’s coaching staff during his visit. Robinson informed the 2025 recruit he earned an offer from the Crimson Tide after watching the speedster in person.

“My first initial reaction was a shocking feeling,” Woodby told Touchdown Alabama. “I do not know many players my age with an Alabama offer. It was kind of surprising but relieving at the same time. It let me know what I am doing is right. I just have to keep on doing it.”

The St. Frances Academy product also holds offers from Georgia, USC, Kentucky and others. Woodby said he feels Alabama’s winning tradition is what separates the Tide from most programs.

“Alabama is a very prestigious program on the football side of things,” said Woodby. “Everything that you want is there. If you want to win games, they got the blueprint to win games every single year. When I was talking with coach Saban, he told me there is not another team with a bigger legacy of winning games, and I believe that. The blueprint is there.”

Woodby had an opportunity to work out under Nick Saban and talk with him during his visit.

“Meeting coach Saban was of course a shocker because you always see him on T.V.,” Woodby said. “When I met him, he was just like a normal guy. You can tell he does not kiss anyone’s tail, and he has seen a lot of guys. He is going to coach everybody the same no matter who you are. I feel like he is a dog, and he only messes with dogs.”

The rising sophomore is working to ensure he has a big sophomore season for the Panthers. During his time in Tuscaloosa, he was able to display his skills as a defensive back and his impressive speed.

“They felt I had great instincts and ball skills,” said Woodby. “I also have a track background, and they saw I have a great speed I can continue to build on.”

Woodby is looking forward to visiting Alabama again in the future.