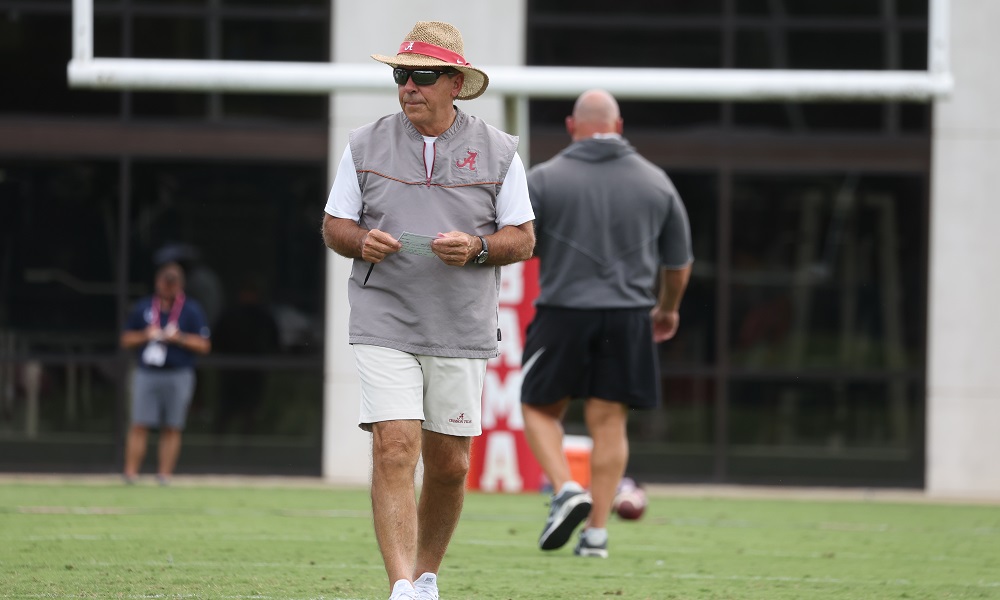 The offseason is over, and Alabama football has returned.

Coach Nick Saban and the Crimson Tide had their first practice of fall camp on Thursday, and Saban addressed reporters afterward. He appears to be in mid-season form as Saban wants to see relentless competitors in every situation. The seven-time national champion is excited to see young players step up, but he wants to see leaders develop on the offensive line.

Saban is pleased with having both of his coordinators back for another season.

Steve Sarkisian and Golding secured a CFP National Championship in 2020. O’Brien looks to add to his connection with Bryce Young and the offense, while Golding seeks to have a strong defense. O’Brien and Golding receive criticism from fans, but Saban explained the advantage Alabama has with both returning to the coaching staff.

“I think it is good for the players,” Saban said on the advantage of having both coordinators return. “The comfort zone they have, to have the same play-caller, same signal callers, same system, same presentation of the system, we don’t change the system when we change coordinators, but the personality and how that gets presented is different. I think there is a comfort level with players. Our staff did a good job. We have a couple of new additions on both sides of the ball and special teams, but I think they did a good job of quality control of what we need to do better. It is always good to have continuity in the staff.”

Saban has been pleased with the energy from all new coaches, but he is prepared to see O’Brien and Golding take their coaching to the next level.