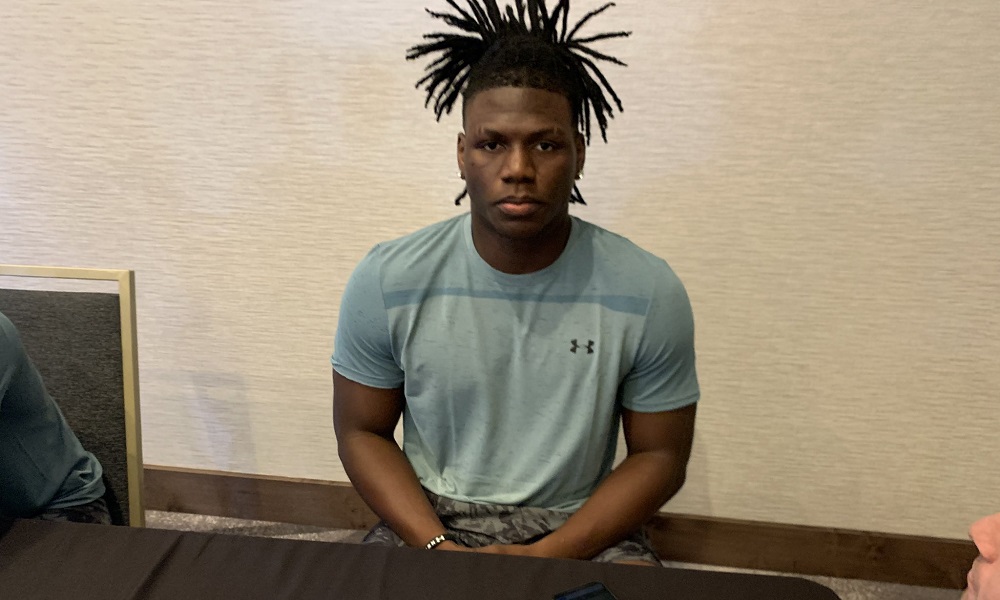 The 2023 four-star recruit is set to announce his commitment on Sept. 19.

Renaud attends Tyler Legacy High School in Texas. He garners a four-star rating from most recruiting sites. Alabama hosted him for his first and only official visit in June.

The senior said the visit allowed him to learn more about the Alabama football program.

“I feel like I got more perspective,” Renaud told Touchdown Alabama. “With Alabama being Alabama, a lot of schools try to recruit against Alabama, but they really recruiting for Alabama, making me more interested in them. The reason I took my official visit there first was to get perspective. I felt like I knew it, but I feel like I know it more because I went, and I got to interact with the players and the coaches. I feel I know coach Saban on a whole different level because of the conversation we had over the three days. It was one of the best visits by far.”

At 6-foot-3 and 245 pounds, Renaud is a fierce and powerful edge rusher.