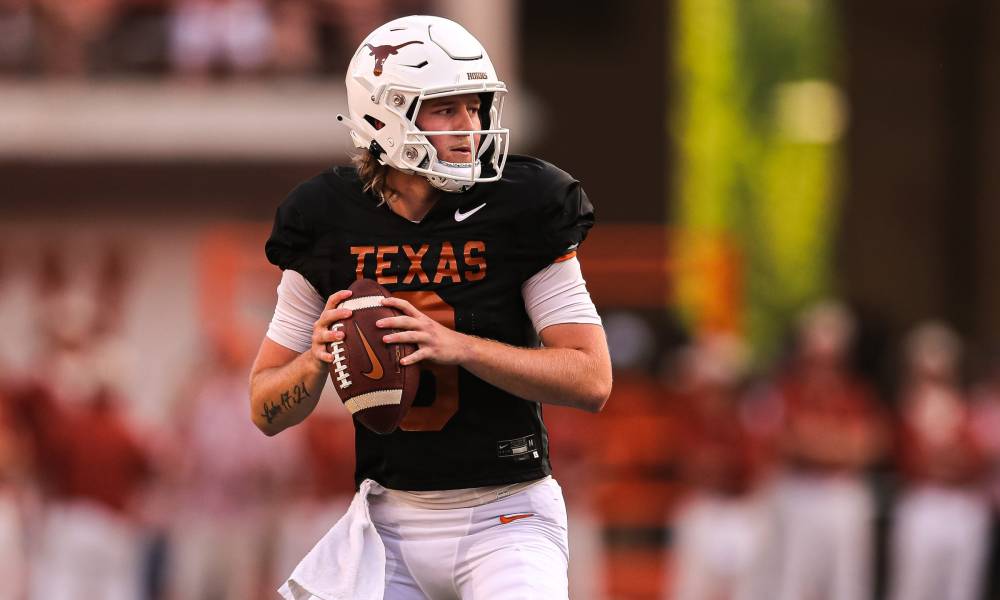 Alabama football knows the quarterback it will face in week two of its season.

According to Steve Sarkisian, Texas has announced Quinn Ewers as its starting quarterback. Ewers, a transfer from Ohio State, won the job over Hudson Card. Sarkisian will host Nick Saban and the Crimson Tide on Saturday, Sept. 10 in Austin, Texas.

Texas has named Quinn Ewers as its starting quarterback.

The last time Alabama faced Texas was in the 2010 BCS National Championship Game to finish the 2009 season.

Saban and the Tide earned a 37-21 victory at the Rose Bowl, capturing its first national title since 1992. Ewers has the task of trying to make plays against Will Anderson and a vaunted Alabama defense. The matchup should be entertaining to watch.