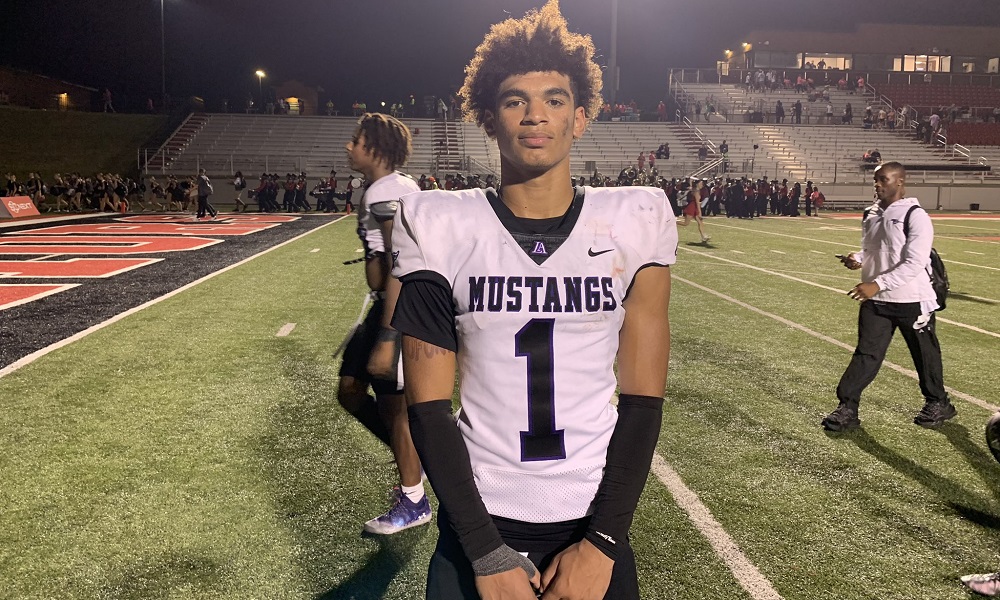 Beasley is rated as a four-star recruit on multiple recruiting sites. He currently holds 32 D1 offers, including offers from Georgia and Clemson. The Tennessee product helped Lipscomb defeat Thompson Saturday by returning a fumble 100 yards for a score to seal the win.

Really impressed with what I have seen from him in two games of action. Will come down and hit, great speed and great ball skills.

“It is definitely big,” Beasley told touchdown Alabama. “We just made a statement to everybody. We are not a big school, so to come out here beating a 7A school is really big.”

Alabama football hosted Beasley for camp in June. He did not receive an offer after his camp performance, but the Crimson Tide’s coaching staff wanted to watch some of his film from this upcoming season to evaluate him some more. Through two games, the 6-foot-1, 180-pounder has captured the attention of many by putting up big performances against two of the nation’s top high school teams.

“The main thing is they wanted to watch my film,” Beasley said when asked about Alabama’s interest in him. I think I am performing really well right now, so hopefully I get it soon. They are definitely a great program. Nick Saban is the greatest coach in college football. The DB crew there now is ridiculous. They produce defensive backs, so it is a great school.”

The four-star recruit has displayed impressive ball skills in coverage with his ability to high-point the football. He has also flashed his speed and willingness to come downhill to make tackles. Beasley said he feels he is one of the best coverage defensive backs in the 2024 class.

“I think I am performing really well right now, so hopefully, I get it soon,” said Beasley. “I think I am long for a corner. I feel I can lock down anybody in zone and in man in the nation. That is the type of attitude I have.”

Beasley currently has a top ten, but he is recruitment is far from over with him being a junior.