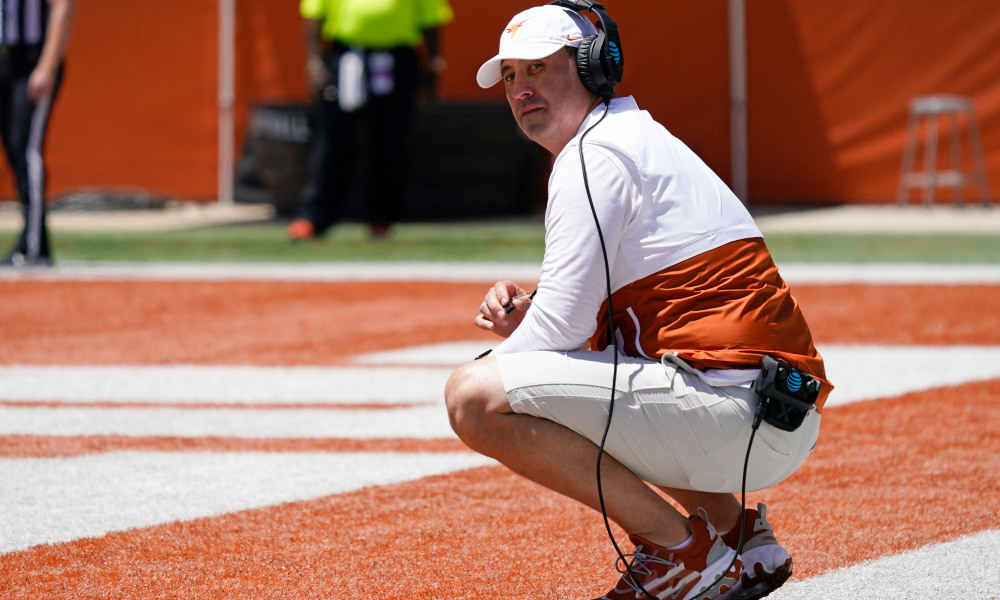 We have our stage set for Alabama’s second matchup of the season.

After a week one victory over Utah State, the Crimson Tide travels to Austin (Texas) to face the Longhorns. Texas got a 52-10 victory against Louisiana-Monroe, but its fans were looking ahead to the Tide throughout the game. A photo made it to Twitter of a Longhorn fan holding a phone with ‘We Want Bama’ on it. Alabama is the gold standard of college football, and all teams want an opportunity to beat Nick Saban’s bunch. Steve Sarkisian, head coach of the Longhorns, gets his chance this weekend.

Most fan bases that hold up ‘We Want Bama’ signs are not successful.

A lot of hype will go into the Alabama-Texas game as Sarkisian tries to become the third former Saban assistant to beat him. Saban will face several former assistants on Sarkisian’s staff and a few former players.

Both teams will play in the heat of Darrell K Royal-Texas Memorial Stadium.