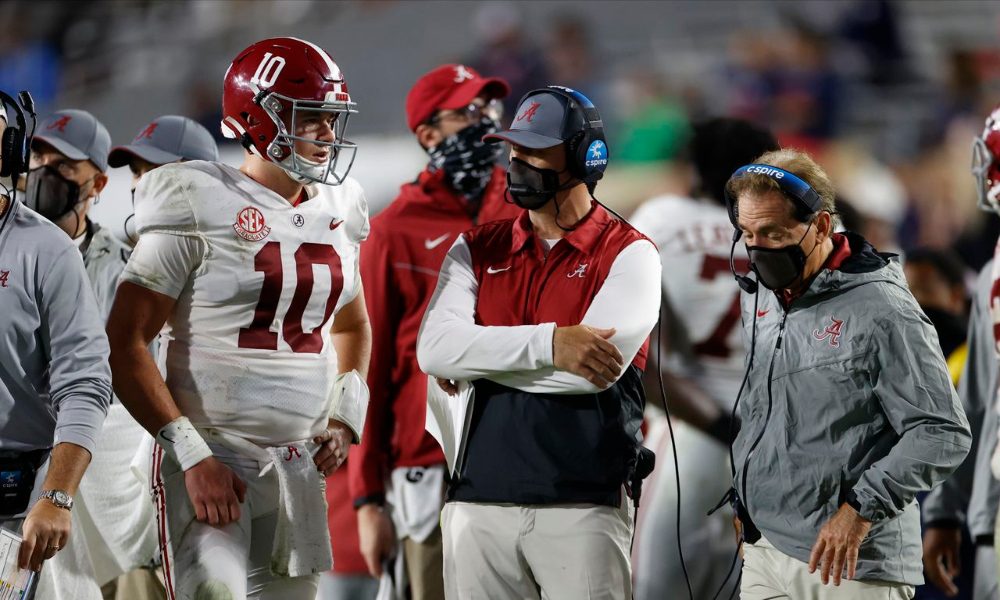 Nick Saban has been known to chew out his players and coaches from time to time but not all are for the public eye.

The time Steve Sarkisian got ripped by Saban while he was at Alabama happened behind closed doors, but the now Texas head coach revealed when he made the seven-time national champion the angriest at him during his time in Tuscaloosa.

“He was asking for a specific formation and I could not get it right,” Sarkisian said in an interview with CBS Austin. “I was calling formations based off of how I knew them. He wanted to make sure that I knew that they were learning some of my new stuff and that I needed to learn their way as well.

“The straw hat flew. The practice stopped. And I was kinda stuck out in the middle of the field think ‘Man I just wanna get this stupid formation right and to get him off my ass.'”

"I just want to get this stupid formation right and get him off my ass."

-Steve Sarkisian on the maddest he ever made Nick Saban

Getting a butt chewing by Saban seems to be a right of passage these days for players and staff alike, but Sarkisian has proved to be one of his top assistants in recent memory.

“You’ve never coached at Alabama if you haven’t gotten your ass ripped by Coach Saban,” Sarkisian joked. “So I got a good ass chewing from him.”