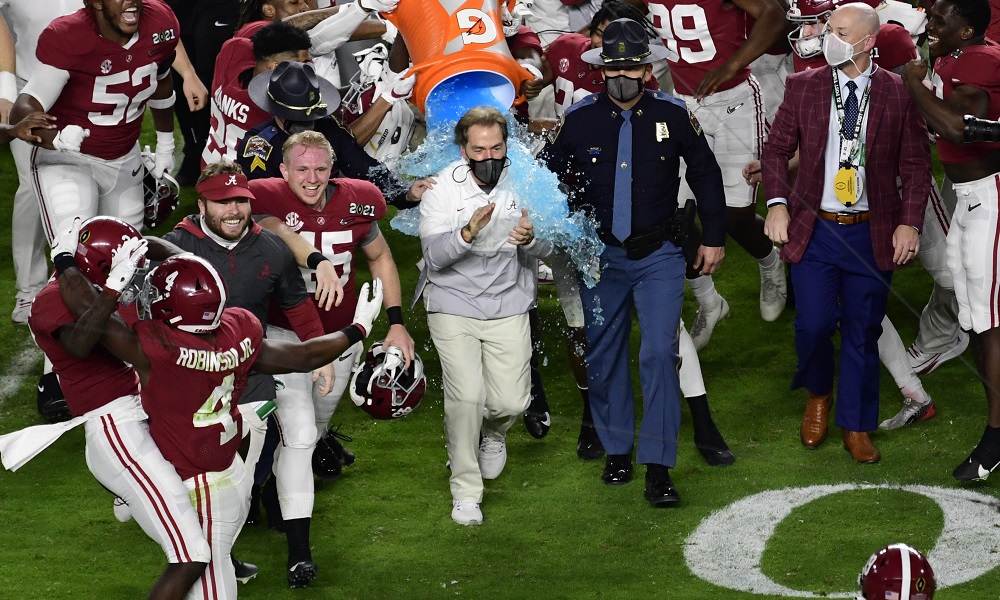 For years now Danny Kannell has been one of the largest critics of the SEC and Alabama.

On Tuesday, he got into his latest spat with the Crimson Tide’s Barstool Sports social media account as the two debated the officiating from team’s 20-19 win over Texas.

The game included what has now been deemed a controversial call which occurred when Bryce Young was brought down in the endzone where targeting was called and later wiped away.

But Kannell’s latest claim laid out on social media is that Alabama has received “gift wrapped” national championships from the officials.

no doubt. You guys have taken advantage of many gift wrapped natty's and might just do it again!