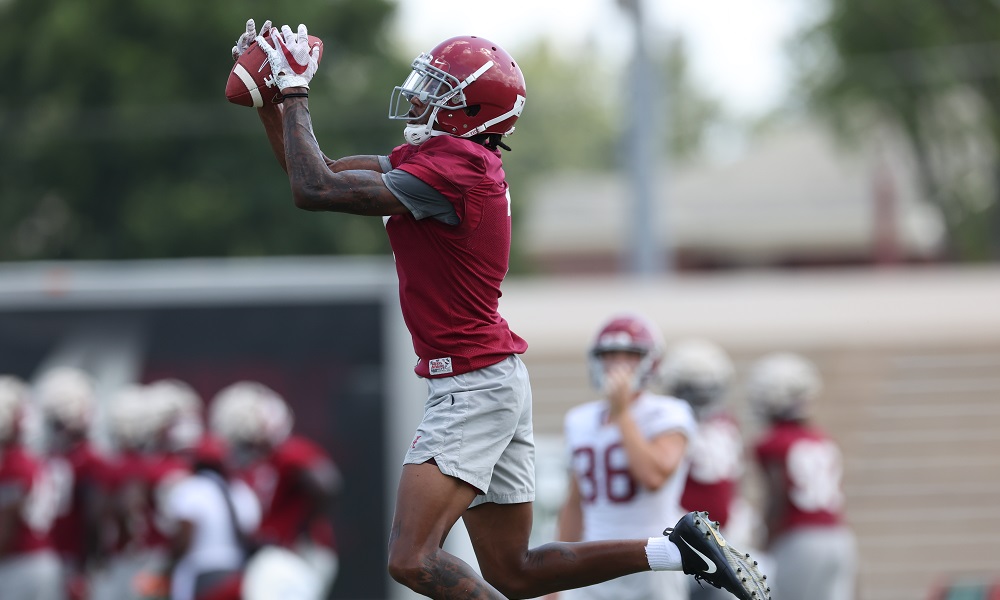 Alabama fans have been waiting for transfer cornerback Eli Ricks to be impactful.

He made the All-Freshman Team for the Southeastern Conference in 2020 at Louisiana State University.

Ricks, a California native, carries the size, length, and overall skill set to be an elite defender.

He did not record a snap in the Crimson Tide’s narrow victory over Texas. People saw Kool-Aid McKinstry, Khyree Jackson, and Terrion Arnold, but the concern was not seeing Ricks in action. He shared positive words of affirmation in the summer about the goals he wanted to accomplish at Alabama. Some of the goals included 5+ interceptions, 20+ pass breakups, Jim Thrope Award, First-Team All-American, College Football Playoff National Championship, and top-10 selection for the 2023 NFL Draft.

Ricks dealt with a shoulder injury at LSU and a minor back issue in Alabama’s preseason camp, but Nick Saban highlighted something in Monday’s presser that may be Ricks’ problem.

“We go a lot by how players practice,” Saban said about Ricks’ no-show versus Texas. “If players have a good week of practice, I think they are ready to play and do their jobs. The other players they play with also gain confidence in knowing what they are supposed to do, in terms of how focused they are in practice. We just want to continue doing a good job of working with him.”

Saban wants Ricks to be ready to play with confidence, and it starts with the right practice habits.

Many of Saban’s former players will say if one does not practice well, they will not see the field. McKinstry and Jackson got burned by the Longhorns, but both practice well. Arnold stepped up off the bench and played with confidence. He practices well and surged late in fall camp to surpass Ricks and Jackson to start week one. Ricks needs to buy all into the process in Tuscaloosa.