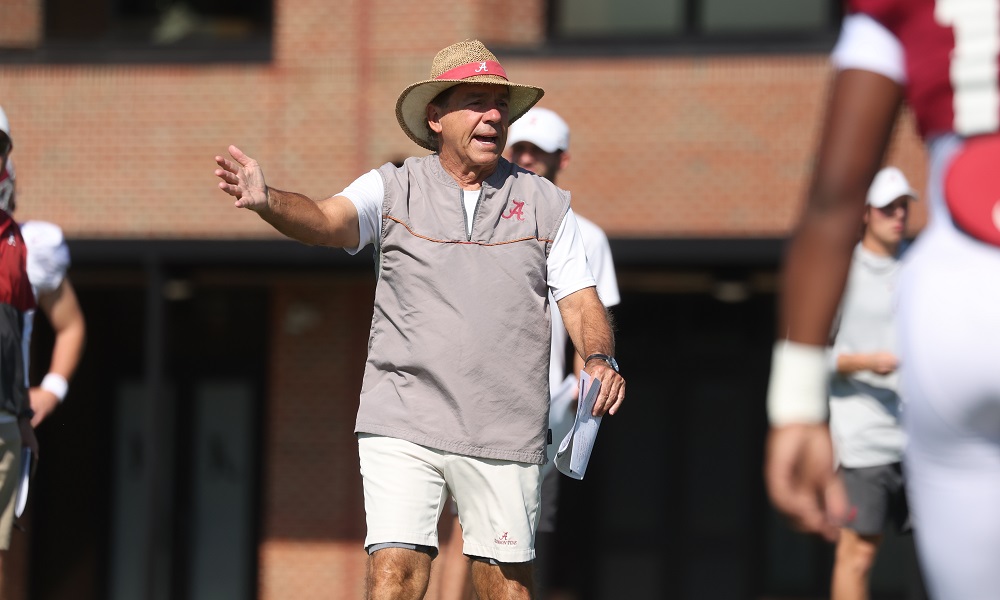 It wasn’t quite up to par with some of the previous scorched earth rants of the past, but Nick Saban definitely had a point to get across during his Wednesday press conference.

With the bit of the inconsistent start to Alabama’s season offensively, Saban was asked if it was difficult to gauge where the unit is at since the quality of opponents appeared to vary. During Week 1 of the Crimson Tide’s season, the team blew out Utah State 55-0 but followed up that performance with a hard-fought win on the road against Texas where the offense was stagnant throughout the matchup.

But Saban wanted to make things clear following the question that he has a great deal of respect for all of the opponents on Alabama’s schedule, and letting the perception of the opponent and other outside factors determine how a player performs is far from what the team is looking for.

“Well, you know, that’s your opinion on quality of opponent aight. It’s not mine,” Saban said. “I respect all the people that we play, and I respect winning and what you have to do to win. And every player should not be focused on who they’re playing against relative to their motivation, but every player should want to be the best player they can be. So why would it matter that we’re playing Texas or somebody else?

“That’s how you get good. That’s how you develop the right habits. That’s how you’re consistent. I’ve told you guys more than once when I was in the NFL I’d watch players, I wouldn’t know they were playing against, I was just evaluating them.

On Monday, Saban mentioned how he would look to more relevant examples to help give the team perspective on being favored in games. Today he once again brought up the two teams favored by more than 20 points who lost last weekend.

“I respect what it takes to win. Didn’t I say this on Monday? What does what you’re favored in the game mean, when you’re favored by 20 points and you lose? Like two teams this week.

“What does it mean? It means the people favoring you either don’t know what you’re talking about or the players playing got affected by that. Neither one of them are good.”