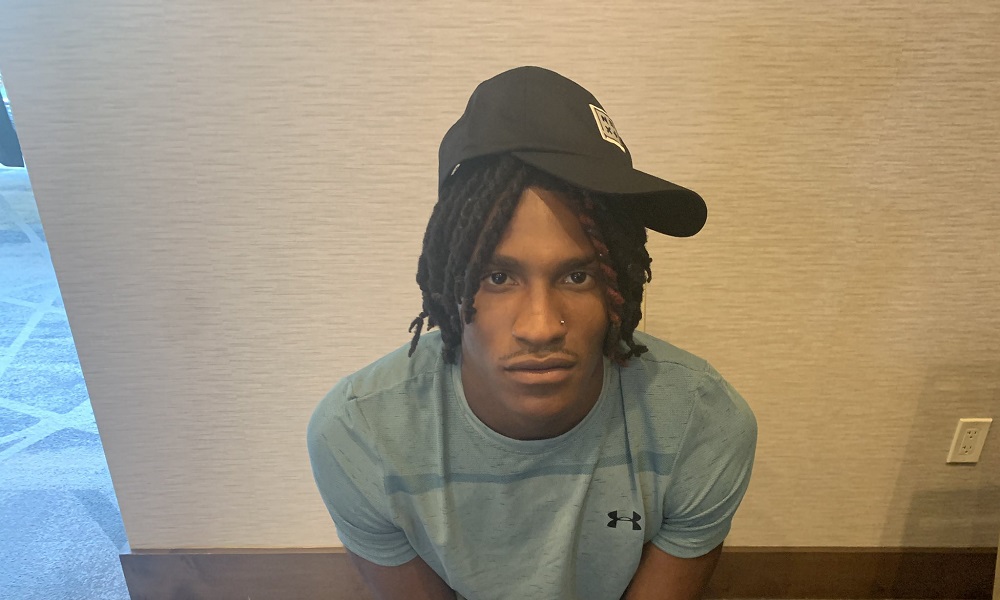 Jalen Hale is set to announce his commitment Wednesday between 12 and 1 p.m. CST.

Hale attends Longview High School in Texas, and he currently garners a four-star rating from multiple recruiting sites. He will Choose between Alabama, Georgia, Texas and Texas A&M.

Each program hosted Hale for an official visit. The Crimson Tide got him on campus for an official on the first weekend of September. Going into the visit, he said he was excited to watch how Alabama used its wide receivers against Utah State.

The Tide’s wide receiver coach Holmon Wiggins and Nick Saban have managed to build a close relationship with Hale over the last couple of years.

“I talk with coach Saban and coach Wiggins a lot,” Hale said. “My relationship with them has been close since my sophomore year.”

Texas hosted Hale for an official visit earlier this month, and he got to see the Longhorns take on Alabama in an exciting matchup. The opportunity to play under Steve Sarkisian has Hale’s attention.

“I know what coach Sark is made of,” Hale said when discussing Texas. “I know what he does. He is going to throw the ball and feed his receivers. I feel Texas will be a good fit for me with how they use their wide receivers.”

Georgia got Hale on campus in June for an official, and he believes the bulldogs will incorporate the pass more in the future.

“Georgia has been a run team, but they can put the football in the air,” said Hale. “If their run game is not working, I think they can get me the football. I think they will be a good fit for me too. They make physical wide receivers as well.”

The Tide, Bulldogs and  Longhorns were Hale’s original final three. The Aggies have made a strong push over the last few weeks to make themselves a contender for the Texas product.

If Alabama can pull in Hale, he will be their third 2023 wide receiver pledge.