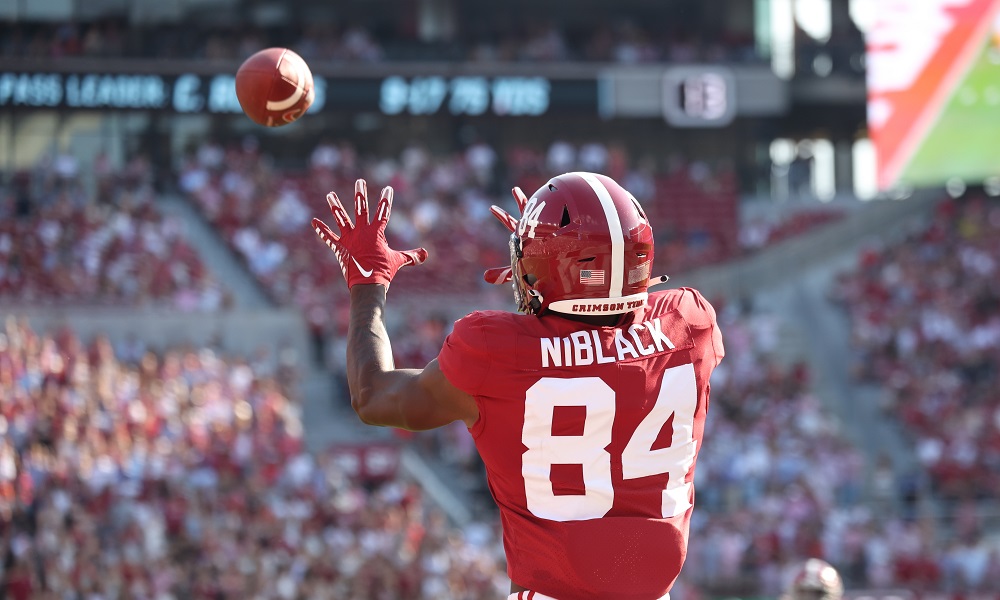 Amari Niblack, a freshman, is a versatile player. The 6-foot-4, 225-pounder can play tight end, H-back, and wide receiver.

As a South Florida native, Niblack arrived in the summer for the 2022 class as a four-star.

He brings speed, routes, big hands, athleticism, and playmaking capabilities. The Crimson Tide has a do-it-all player at the position in Cameron Latu, but there is nothing wrong with a team having several dynamic options. Latu is better at blocking; however, Alabama can have Niblack focus mainly on the vertical passing attack. He is bigger than cornerbacks and safeties, but faster than linebackers on routes. On Wednesday, Nick Saban told reporters that the Tide wants to get Niblack more involved.

“The learning curve is always an issue with young players,” he said about Niblack. “He’s a guy we think can be a weapon for us on offense. He made a couple of big plays in the last game. Hopefully, we can build off that.”

He got open in the end zone for a 15-yard reception from junior quarterback Bryce Young. Joe Cox, Alabama’s tight ends coach, has done well developing the position. Bill O’Brien has to script plays to get Niblack open and attacking defenses with his skills.