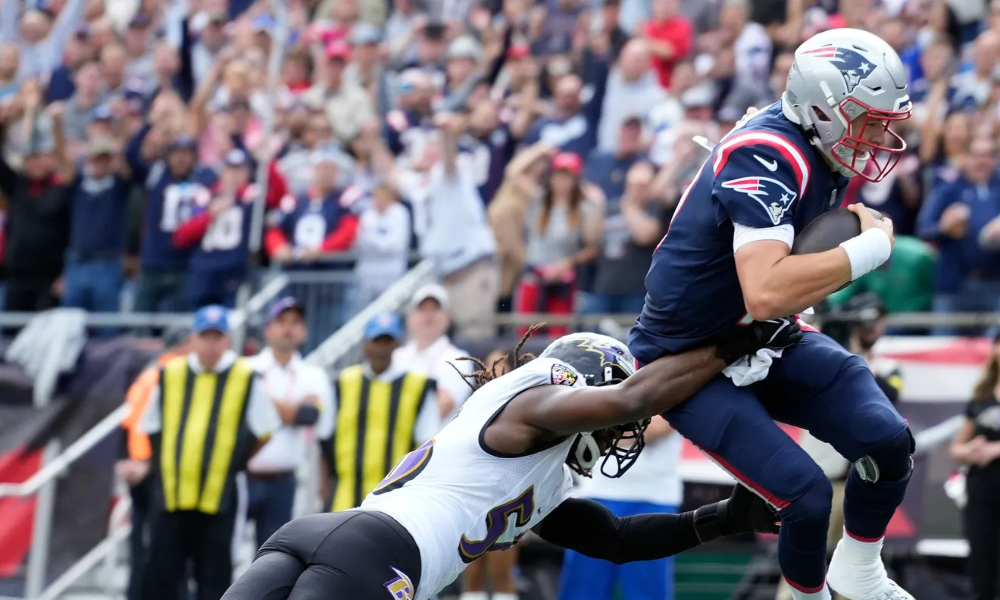 What was already a problematic Sunday for the Patriots was only heightened by the health concerns of its starting quarterback.

During the fourth quarter of its game against the Ravens, Mac Jones had his ankle rolled up on by defensive lineman Calais Campbell which forced the former first-round pick out of the game. Jones immediately hobbled to the sidelines where the training staff assisted him to the locker room as he was unable to put any pressure on his leg.

Late Sunday night following the game, it was reported by NFL Network’s Ian Rapoport that Jones had suffered a high ankle sprain and will have an MRI conducted on Monday. Jones will likely miss time with the injury and according to Rapoport could be headed to the injured reserve list.

#Patriots QB Mac Jones is believed to have suffered a high-ankle sprain, pending MRI, per me and @TomPelissero. That means he’ll miss time and potentially head to IR, if the MRI confirms pic.twitter.com/tku5BnLmJV

Should Jones not play in the team’s next game against the Green Bay Packers, veteran second-string quarterback Brian Hoyer will be called upon to step in.

Jones’ injury adds an extra stroke of gloom to the franchise’s offensive struggles through its first three games of the season. After not being able to score more than 20 points in its first two games, the offense followed up its pedestrian start with a four-turnover performance against Baltimore.

Three of the team’s turnovers came from the arm of Jones who tosses a trio of interceptions to the Baltimore defense.