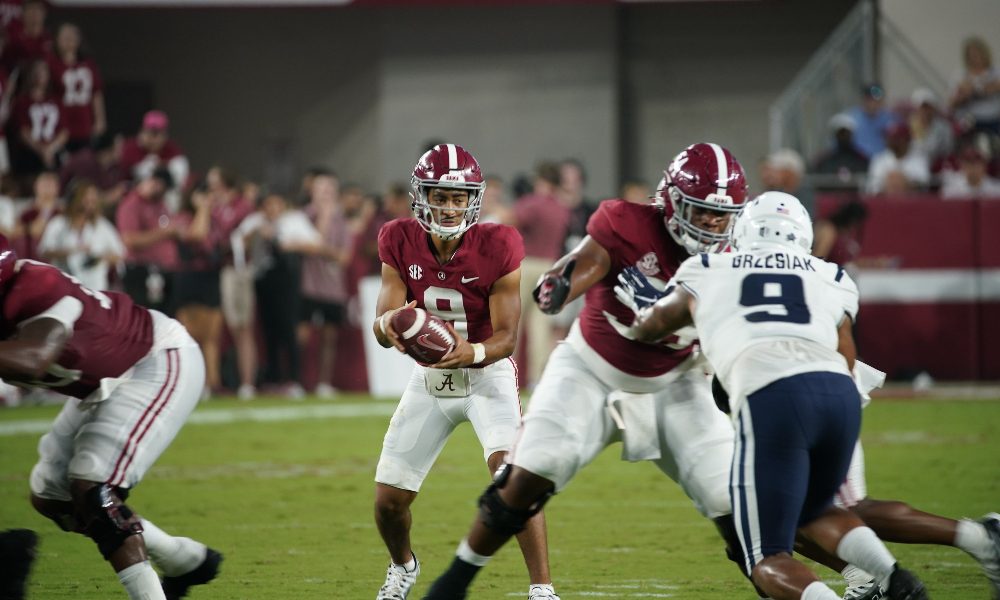 As Alabama heads into its third day of preparation for Texas A&M, the health and availability of its Heisman Trophy-winning quarterback remain up in the air.

Nick Saban spoke again on Bryce Young and his shoulder injury during the SEC Coaches Teleconference on Wednesday where he gave another update.

“I’m sure that everybody wants an update on Bryce, so I’m going to give it to you,” Saban said. “He’s doing some things in practice, and he’s still listed as day-to-day.

“No decision is going to be made until he decides, and we decide from a medical staff standpoint, whether he can go out there and functionally do his job.”

Young exited the Crimson Tide’s game against Arkansas last week after sustaining a shoulder injury. He was replaced by backup quarterback Jalen Milroe who led the team to a 49-26 victory and who will be the starter should Young not be able to go against the Aggies on Saturday.

Saban also provided an update on linebacker Demouy Kennedy who also left the game against the Razorbacks with a knee injury. Unfortunately, Kennedy suffered a significant injury and will be out for the remainder of the year.

Alabama will kickoff against Texas A&M on Saturday, Oct. 8, at 7 p.m. CT inside Bryant Denny-Stadium with CBS on the call.