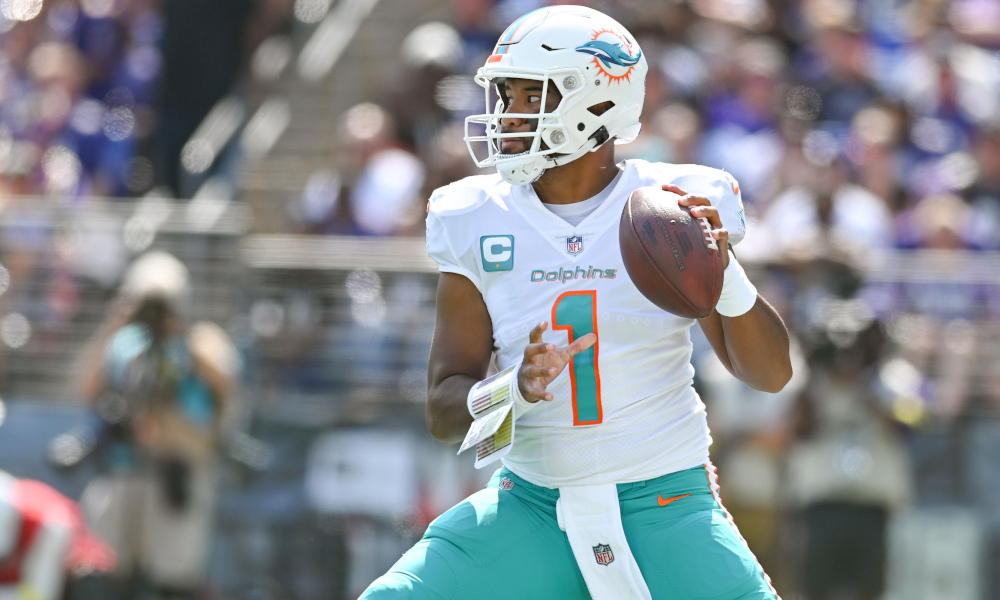 Tua Tagovailoa is back as the Miami Dolphins starting quarterback against the Pittsburgh Steelers.

He returns after suffering a scary injury versus the Cincinnati Bengals.

Tagovailoa has the Dolphins up 16-10 at halftime. He has 180 passing yards and a touchdown. Dolphins fans are excited to have Tagovailoa back, but a former legend in the National Football League is happy to have him back too. Chad Johnson showed up at HardRock Stadium (Miami Gardens, Fla.) wearing a No. 1 jersey, supporting Tagovailoa. He spent the summer of 2012 with the Dolphins, but he did not play in a game. Tagovailoa wants to lead Miami to the playoffs after falling short of the goal last season.

We will see how he fares in the second half against the Steelers.