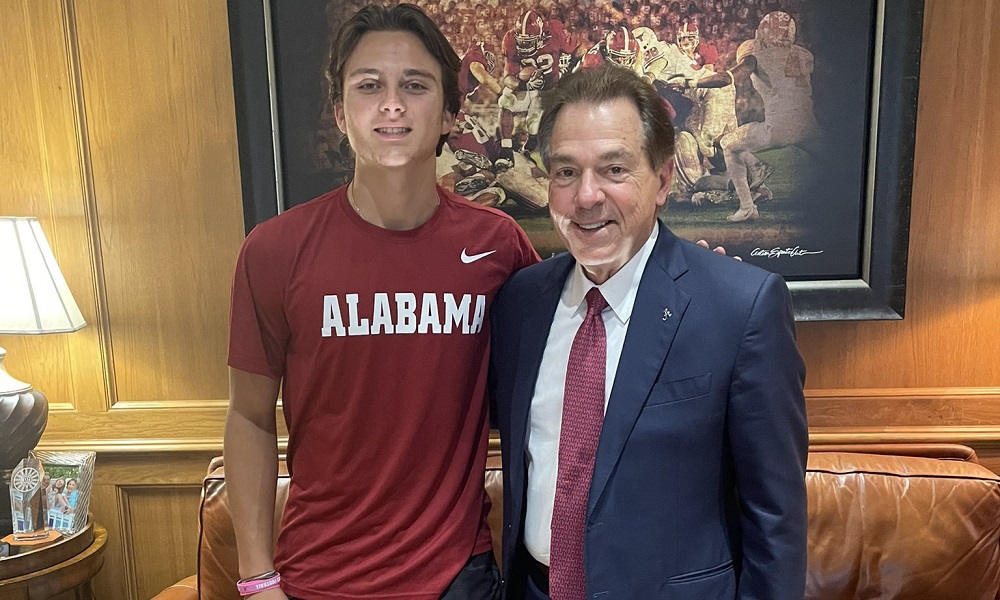 Sayin is one of the top quarterbacks in the 2024 recruiting class. He is the fourth 2024 recruit to commit to the Crimson Tide. The five-star told Touchdown Alabama he was high on the Tide after visiting last month.

“It went pretty well,” Sayin said. “The environment was electric. I talked with coach O’Brien and coach Saban. Their message was just saying how this is a great place to play quarterback. They are definitely high in my recruitment.”

At 6-foot-1 and 185 pounds, Sayin threw for 2,750 yards and 34 touchdowns during the 2021 football season. Alabama football’s staff told Sayin they liked his accuracy, his ability to extend plays, and his high football IQ during his visit.