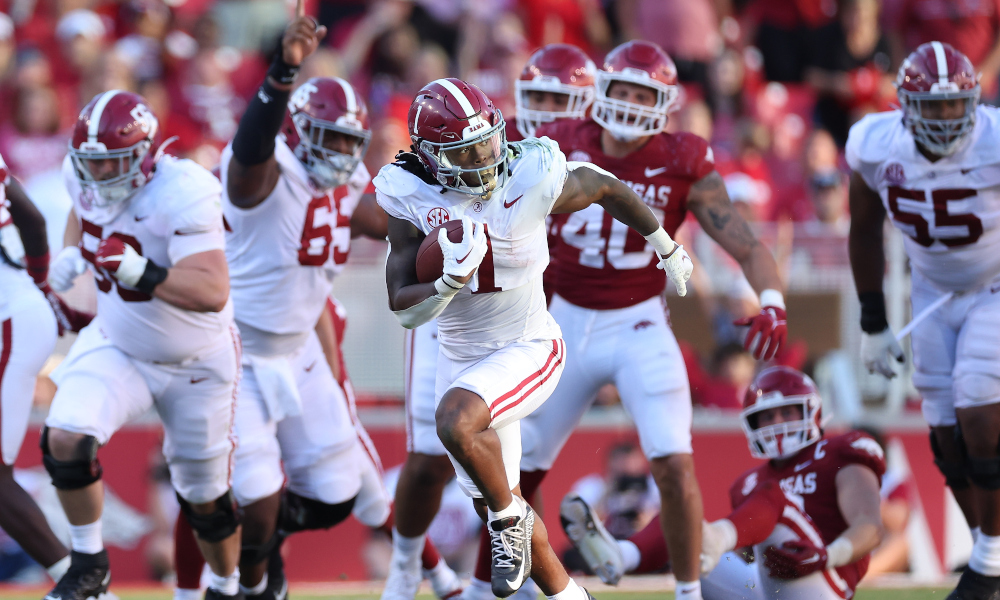 Alabama’s Jahmyr Gibbs was selected as a finalist for the Paul Hornung Award, the Louisville Sports Commission announced Thursday.

Gibbs is one of four finalists for the Hornung and is joined by Jack Colletto (Oregon State), Emeka Egbuka (Ohio State) and Will Shipley (Clemson) to make up the group. DeVonta Smith became the Crimson Tide’s first and only recipient of the award when he took home the hardware at the end of the 2020 season.

The Hornung Award is named after football legend and Louisville native Paul Hornung. Now in its 13th season, the award is presented annually to the most versatile player in major college football. The 2022 winner of the Hornung will be announced on Dec. 7.