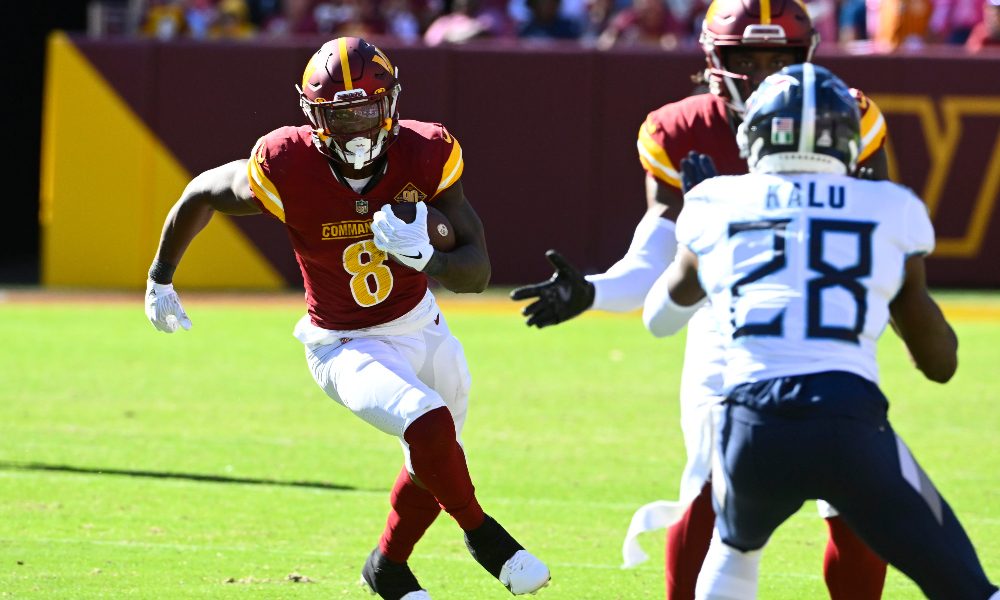 As if the Washington Commanders needed to make more headlines this year, another major misstep from the franchise occurred on Wednesday involving running back Brian Robinson.

The District of Columbia attorney general was set to make an announcement regarding the team when a Commanders spoke person sent a preemptive response invoking Robinson’s shooting from earlier this year.

It was later announced by Attorney General Karl A. Racine that his office is suing Commanders owner Dan Snyder, the Commanders, NFL Commissioner Roger Goodell, and the NFL for colluding to deceive District residents about an investigation into toxic workplace culture.

BREAKING: My office is suing Commanders owner Dan Snyder, the Commanders, NFL Commissioner Roger Goodell, and the NFL for colluding to deceive District residents—the heart of the Commanders’ fanbase—about an investigation into toxic workplace culture.

“Less than three months ago, a 23-year-old player on our team was shot multiple times, in broad daylight,” read the statement from the team. “Despite the out-of-control violent crime in DC, today the Washington Commanders learned for the first time on Twitter that the D.C. Attorney General will be holding a press conference to ‘make a major announcement’ related to the organization tomorrow.”

Once the Commanders’ statement was posted online, the team was immediately bashed for bringing up Robinson’s shooting which included several major members of the media as well as Robinson’s own agent.

Up until an hour ago, the Commanders handled the Brian Robinson situation with so much care, sincerity and class. And I was so grateful for all of it.

Although I know that there are some great humans in that building, whoever is hiding behind this statement is not one of them. https://t.co/cnD0DtUfqm

just announce the sale already for the love of god https://t.co/oBeJA6NR1Y

This statement is amazing — in the worst possible way. https://t.co/1KI2lI3eci

Translation: there is going to be some more really bad news about our owner so let’s use our running back as a prop. 🙄 https://t.co/249Fiezlby

I know the @Commanders didn’t 🤦🏾‍♂️ you shittin me https://t.co/nt5ee5Z2yK

There is low. And then there is Washington Commanders low. This is a ridiculous statement that aims to exploit the pain of a member of their organization to distract from whatever is coming tomorrow. It's wrong. https://t.co/uKQsdsaALz

Throughout Dan Snyder drama Commanders players have done a good job of trying to block it out, but Ive heard it's different now. Players are mad lawyers tried to use Brian Robinson, a rookie, in their rebuttal about business issues. Might not say it publicly but guys are pissed.

Bringing Brian Robinson into this is outright insane. Pathetic. https://t.co/g8akIGQ1Kn

What an absolutely disgraceful response by the @Commanders organization.

To bring the shooting of RB Brian Robinson in this to try and deflect attention from the issue is beyond cowardly.