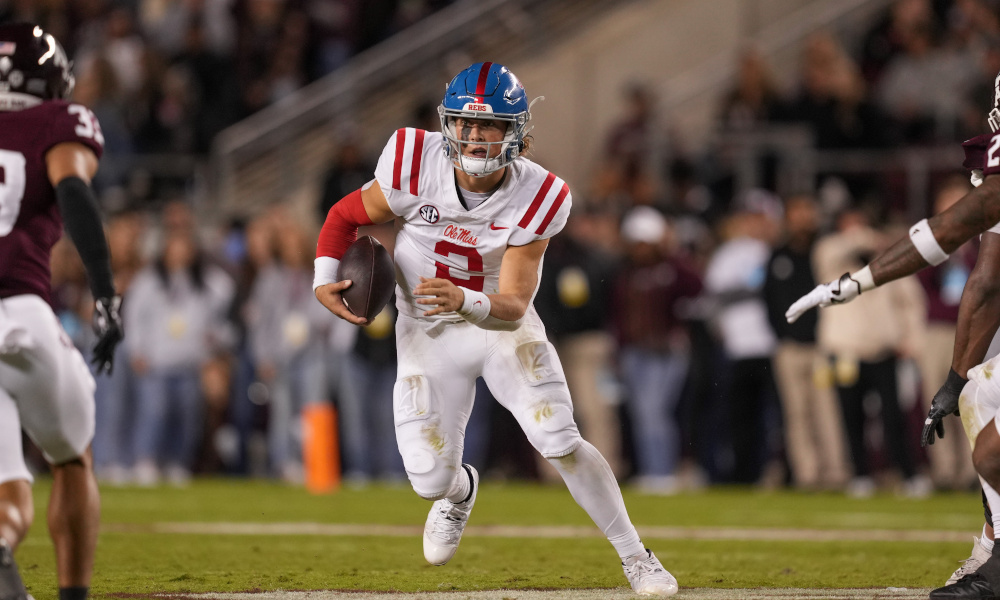 Kiffin told media members Monday he talked to Dart’s mother after a reporter asked him about ‘missed calls’ in the Rebels’ loss to Alabama.

“The Jackson part and after the whistle stuff is disappointing,” said Kiffin. “Talked to his mom, just kind of apologize even though it’s out of our control. It’s like she mentioned, just a shame her son gets treated different based off what SEC program that he’s at on game day and protected different. So, is what it is, and we move on.”

Lane Kiffin says he called Jaxson Dart’s mom to apologize for her son’s treatment vs Bama:

“She mentioned it’s a shame her son gets treated different based on what SEC program that he’s at on game day and protected different.”

“You can’t fine me for what someone else says.”

Kiffin tweeted an alleged missed call on Alabama’s outside linebacker, Dallas Turner during a sack on Dart following the game.