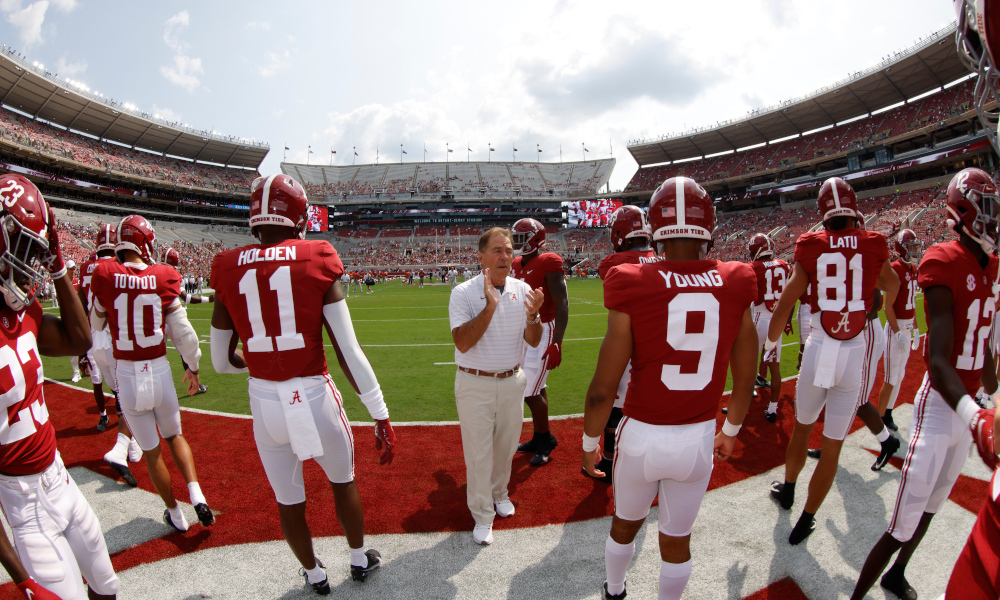 However, one national media pundit tells college football fans to ‘not be surprised’ if the Crimson Tide makes it. Colin Cowherd, the host of The Herd with Colin Cowherd, said Alabama making the CFP is the ‘nightmare scenario that nobody wants to admit.’

Don’t be surprised if Alabama makes the college football playoff…

“This is the nightmare scenario that nobody wants to admit.” — @ColinCowherd pic.twitter.com/2y539XH3zH

Nick Saban and the Tide are No. 7 in the latest CFP rankings. Six schools are ahead of it, including Georgia, Ohio State, Michigan, and TCU in the top four, but this weekend is crucial. LSU, who is ranked No. 5 in the playoff, could fall to Texas A&M. USC, who stands at No. 6, plays Notre Dame. TCU has been in a lot of close games and could drop Saturday’s matchup to Iowa State.

Michigan and Ohio State will cancel each other out on the field.

Cowherd points to Alabama’s strength of schedule and said it would be favored over anyone else in the playoff, except for Georgia and Ohio State. He is open, however, to put the Tide over the Buckeyes. Alabama has to earn a convincing win over Auburn in the Iron Bowl. Tide fans want chaos to happen and it could, but its team has a challenge with Carnell “Cadillac” Williams at Bryant-Denny Stadium. If Alabama makes the playoff, it would be the switch needed to help it play its best football of the season.