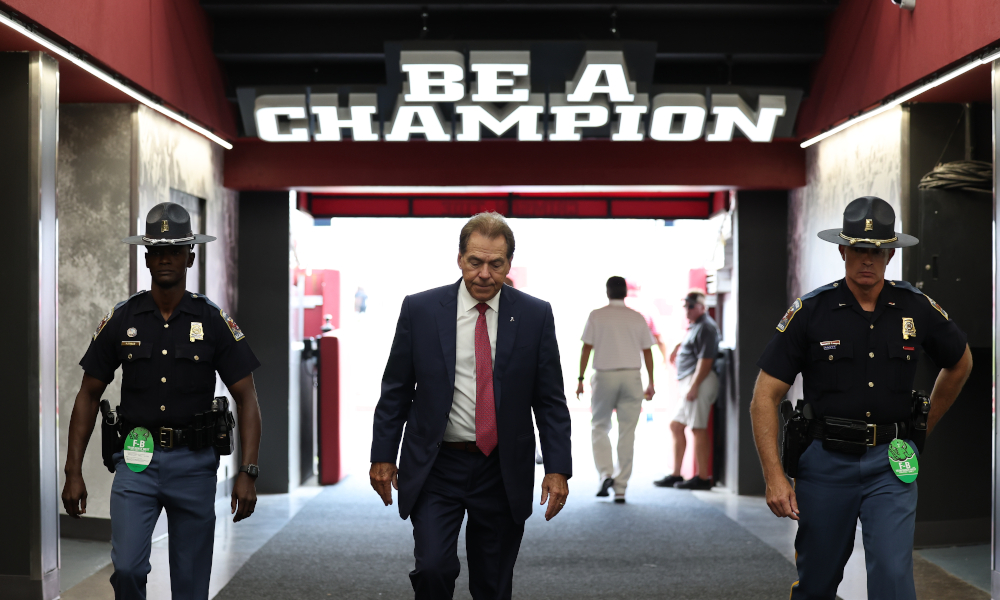 Nick Saban missed only one game in his illustrious coaching career.

In 2020, college football had a COVID-shortened season.

The University of Alabama won a Southeastern Conference Championship and a College Football Playoff National Championship that year, but the players did not have Coach Saban at Bryant-Denny Stadium for the annual Iron Bowl against Auburn. Saban tested positive for COVID-19 and watched the matchup from home. Steve Sarkisian, the Crimson Tide’s offensive coordinator, acted as head coach in Saban’s place. Alabama dominated the Tigers, 42-13. He enjoyed watching the game from a different spot; however, the 71-year-old is excited to return to the field to coach this time. On Wednesday, he told reporters about his excitement.

“Hell yes,” Saban said in laughter about being back on the field at Bryant-Denny Stadium for the Iron Bowl. “You act like I went to the moon or something. I was right there watching the game. The interesting thing about watching the game from home is I never realized the TV copy is a couple of seconds behind the real copy. So, I have the real film shooting and I have the TV on. I can watch the play, and then I can see it again. It was an effective experience, and for the little bit that could not communicate, I contributed to some degree.”

Saban will face an interim coach in Carnell “Cadillac” Williams. He coached against Williams during his time at Louisiana State University and Williams was a running back at Auburn. Williams has the Tigers playing with more energy, and the Tide must match their intensity.