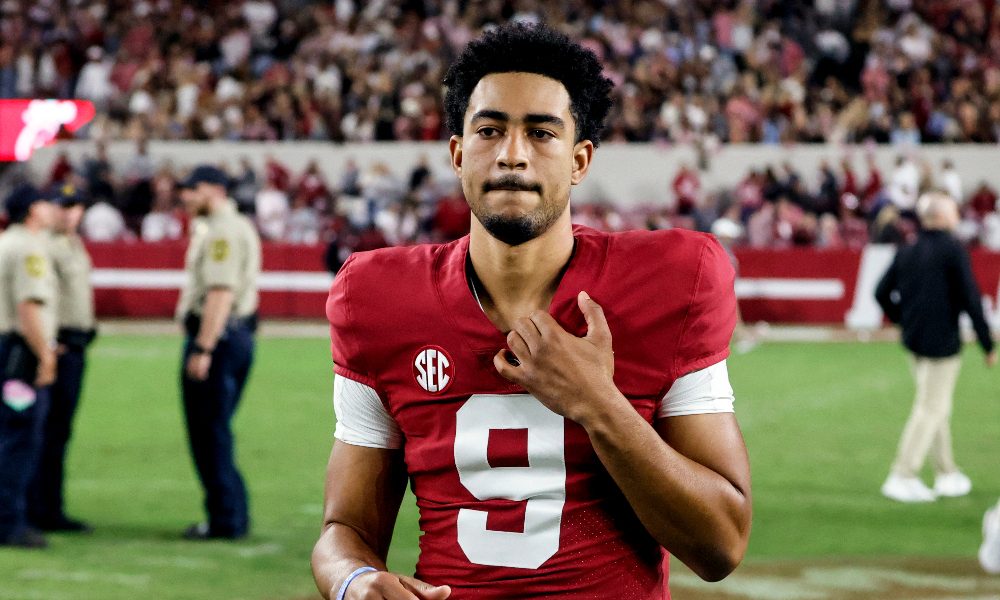 Alabama is honoring 17 seniors for the Iron Bowl, but this could also be the final game for quarterback Bryce Young inside Bryant-Denny Stadium.

He has a bright future in the National Football League waiting for him; however, Young got featured in the Crimson Tide’s last hype video for the regular season on Twitter. In the video, his best moments from the season were captured. He spoke about how Alabama thrives on pressure and how preparation takes away the pressure. Young also told the doubters out there to keep talking noise because ‘pressure makes diamonds.’ He got sacked seven times last year against Auburn in a 24-22 victory for the Tide, yet the junior is looking forward to a better performance. We will see what kind of numbers will he put up against the Tigers’ defense.

Tide fans would love to see Young in the College Football Playoff one last time. It is unlikely Alabama gets in with two losses, but we have seen chaos happen. The Tide would need losses from USC, LSU, and TCU to be back in the conversation.

RELATED: How to watch, listen to Alabama vs. Auburn in Iron Bowl

Young wants this matchup against Auburn to go well.