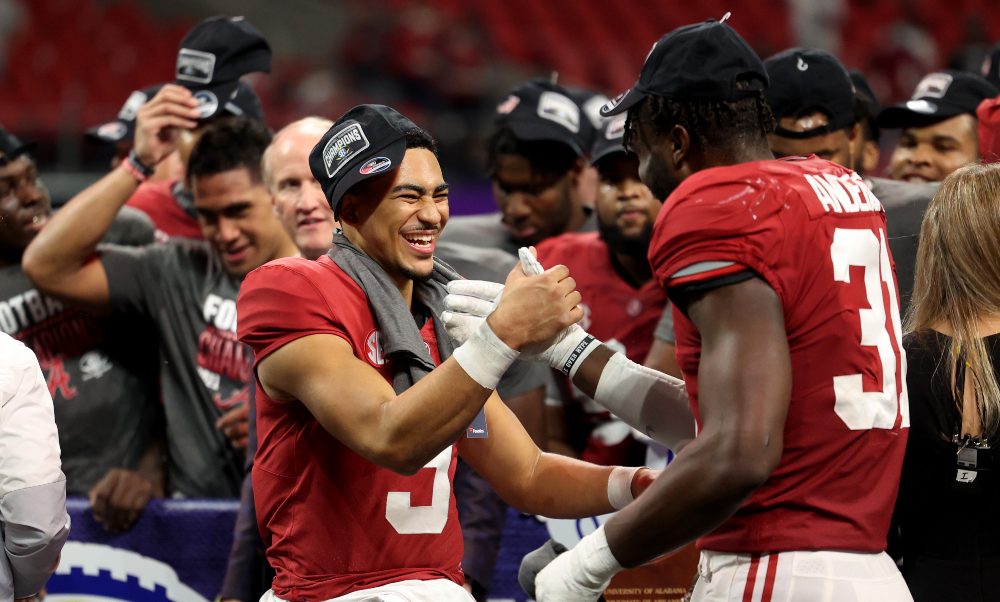 Once the season is all said and done, Alabama will likely be losing the two cornerstone pieces of its program in quarterback Bryce Young and linebacker Will Anderson. Both are projected to be top picks in the upcoming NFL Draft and will likely declare once the season is over.

Following the game, head coach Nick Saban spoke on the legacy the two will leave behind as they move on from the Crimson Tide.

“I think those two guys not only have been great players for the University of Alabama, they’ve been great leaders for our team,” Saban said. “They’ve been great ambassadors for this university in the way they’ve represented themselves. And they’ve set a marvelous example for any upcoming young person who plays sports to emulate them in terms of how they go about what they do. The class and character that they have. I couldn’t be prouder of two guys in terms of what they’ve contributed, but also how they represented our program and the university.”

In their final game inside Bryant-Denny Stadium, the two led the Crimson Tide to its 10th win of the season with a 49-27 beatdown against Auburn.