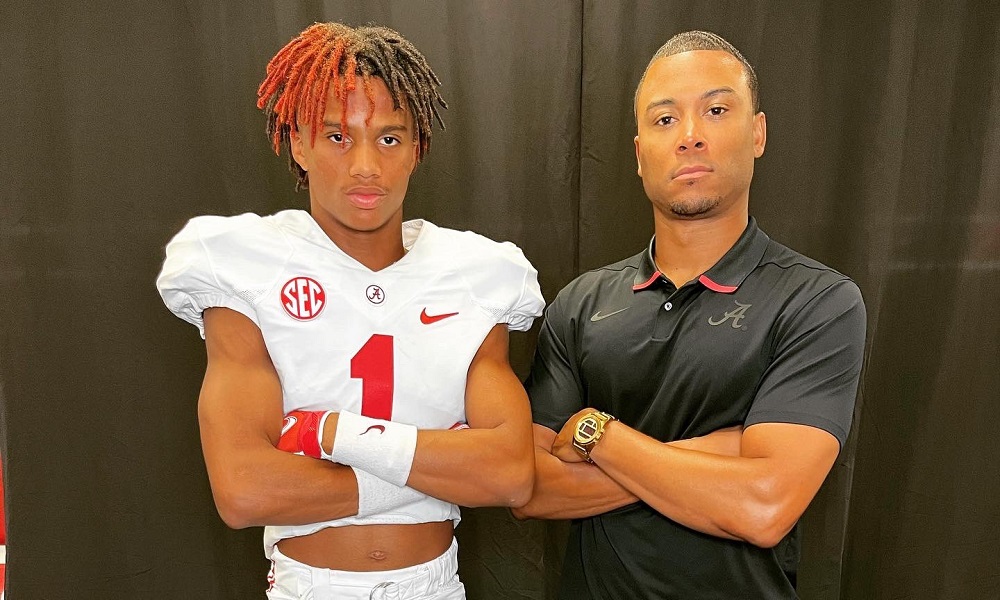 Williams finished the night with 15 carries for 188 yards and three rushing touchdowns. He also had seven receptions for 84 yards and one receiving touchdown. Saraland defeated Mountain Brook 38-17.

The Alabama commit out Saraland in the board first with a 61-yard touchdown run on a jet sweep.

Alabama 2025 WR commit Ryan Williams @Ryanwms1 gets Saraland on the board first.

Just give him the ball and watch him work. pic.twitter.com/BxKTLTDGwT

Williams got behind Mountain Brooks’ defense on his next score. He performed the crane kick after the touchdown.

Ryan Williams @Ryanwms1 with the crane kick after his second TD of the night. pic.twitter.com/dNlCQIUU7m

Saraland went to Williams again on the ground for his third score in the first half.

The Alabama commit’s last score of the night came on a short run to close out the first half.