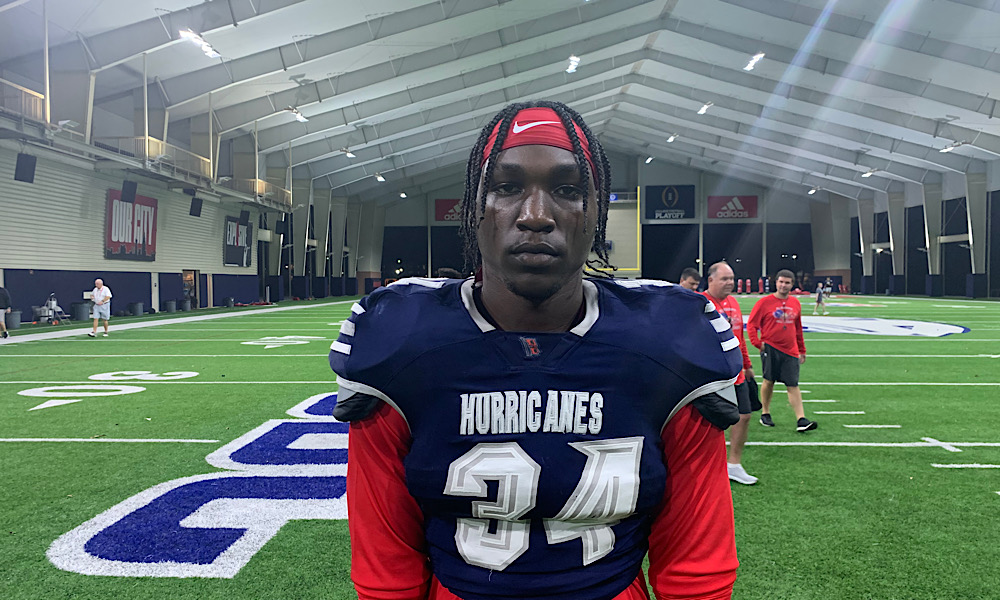 Alabama football’s four-star outside linebacker commit, Yhonzae Pierre feels even better about his decision to commit to Alabama after officially visiting the Crimson Tide.

Pierre is one of the Crimson Tide’s longest-standing commits. He is a product of Eufaula High School in Alabama, and he garners a four-star rating from multiple recruiting sites. The senior said he is feels he feels a lot better about his decision heading into signing day.

“I was already very locked in, but I’m more locked in now, feel more comfortable about my decision,” Pierre told Touchdown Alabama after day one of the Alabama-Mississippi All-Star Practice.

Pierre’s official visit to Alabama included riding in the car with Nick Saban for the first time, getting to know the facilities better and building his relationship with staff members around the program.

“It was a good experience being in the car with Saban,” Pierre said. “It is a first time for everything, first time going to the house and getting to know each other a lot more, building a relationship with players and staffs and all that. It was pretty good.”

Pierre does not plan to enroll early. He will enroll at the University of Alabama in the summer. He will keep busy by playing basketball for Eufaula this winter.

However, the Alabama commit is still ready to lock in when he gets to Tuscaloosa.

“I am going there to put in good work,” said Pierre. “They say I am a good fit for the program and that position as well with guys leaving. So, I would fit pretty good. They want to have me Jack linebacker a lot.”

Pierre and other Alabama commits and targets are participating in the Alabama-Mississippi All-Star game this week. Touchdown Alabama will keep you updated on the event throughout the week.