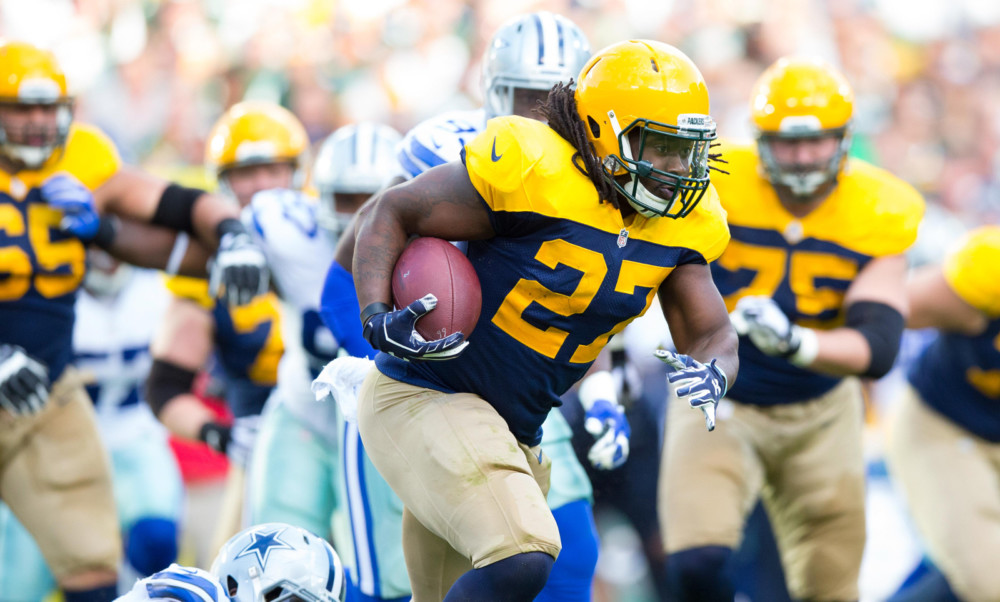 Numerous players of the Nick Saban era for Alabama have a sense of humor.

Regarding ex-Crimson Tide players, Eddie Lacy has a hilarious story.

As a Louisiana native, he came to the Crimson Tide as a four-star in the 2009 signing class. He was on three BCS National Championship teams, including the 2012 championship team as the starting running back. Lacy recorded 1,322 rushing yards and 17 touchdowns that season, earning first-team All-Southeastern Conference honors. Last week, he proposed a question to Twitter on who he should join a streaming gang with. A social media user responded with two-time Grammy Award-winning artist T-Pain. Lacy said his teammates would joke about him and T-Pain being the same person, and he would love the chance.

i remember being in college and my teammates would joke about me and @TPAIN was the same person cuz know one ever seen us in the same place at the same time…..to stream one time would b like and very funny lol https://t.co/vkH7JJ4XhX

Could we see a former Tide running back and a musical genius streaming together? Time will tell.