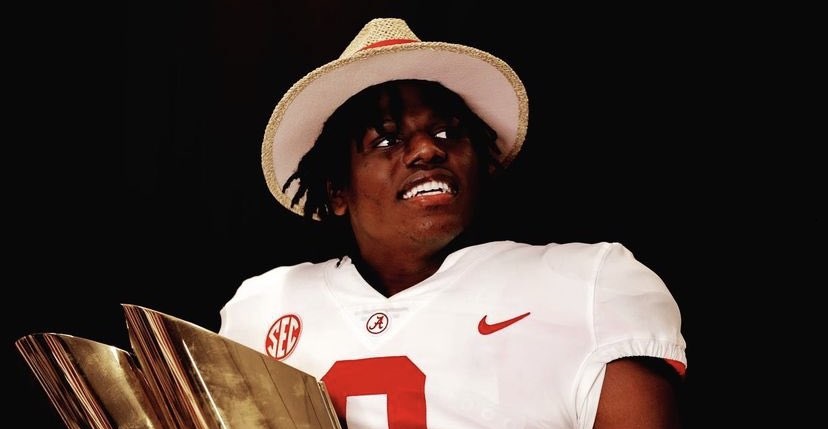 Alabama football has seven signees participating in the Under Armour All-America game this year.

Touchdown Alabama was in attendance for the first practice. Here is a breakdown of what we saw from the future Alabama players:

Jordan Renaud was the top performer among the Alabama signees on day one. The Florida native was the winner of the scoop and score event, displaying incredible explosiveness for a future defensive lineman. This should help him in space at the next level. However, he shined the brightest during individual drills where he was able to display his impressive bend-ability. He looked a lot more natural,  performing individual drills than other top prospects there.

Richard Young looked really good running routes out of the back field. He seemed comfortable and not out of his element, pulling in most of the passes thrown his way.

Alabama 5-Star RB signee Richard Young showing flashes of his route running ability out of the back field. pic.twitter.com/7rjUcciyZc

Jalen Hale had his moments on day one when wide receivers were running routes. He looked under control and smooth getting out of his breaks. He is a long wide receiver prospect with long extremities. He has a great frame to work with and will benefit from Alabama’s strength and conditioning program.

Miles McVay got some work at right tackle on day one. He showed bursts of quickness working through individual drills. He seems to carry his weight well at the moment, but he should be able to get in better shape once he gets to Alabama.

Olaus Alinen also worked at right tackle on day one. The Finland native displayed great effort throughout the practice, and he continues to show some growth in his blocking techniques, compared to when he competed at the future 50 last summer. He showed flashes of his ability to work to the second level.

Desmond Ricks is a bit longer than I expected him to be. He looked like he was about 6-foot-2, and he has long arms. He is super physical, which will help in bump and run coverage at the next level. He loves to get his hands on wide receivers off the rip.

Tony Mitchell was definitely one of the bigger defensive backs on day one with his linebacker like frame. He was able to show some versatility, moving all over the secondary during the team period.