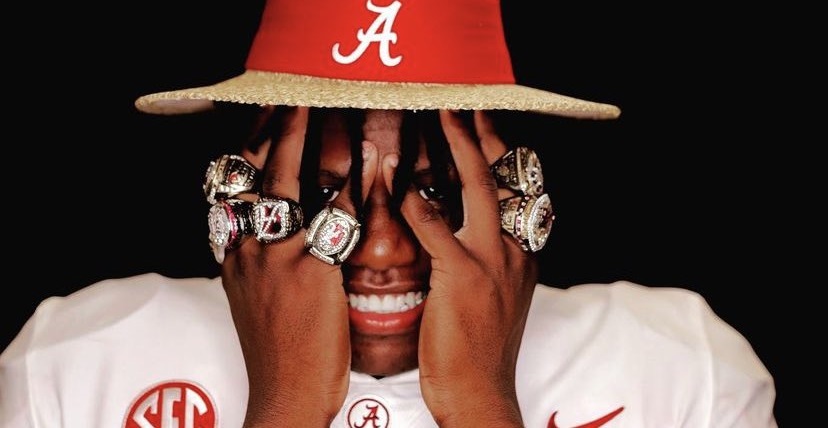 Alabama football’s seven signees who participated in the 2023 Under Armour All-America game had their moments.

The Crimson Tide’s four-star defensive lineman signee, Jordan Renaud was undoubtedly the most consistent and productive future Alabama player throughout this year’s event. He dominated practice with his explosiveness and bend ability. He ended the week with five total tackles in the Under Armour All-America game.

The Alabama signee has been hard to slow down. pic.twitter.com/BbWiiH6G1M

Jalen Hale, Alabama’s four-star wide receiver signee, has really grown as a route runner, and his growth was on display throughout the week. His routes look crisp and under control. The Texas native has incorporated a few different releases. He came up with three receptions for 15 yards during the game.

Richard Young, a five-star running back, did not have the best performance against a tough opposing defensive line during this year’s game, but his burst was on display throughout the week. He looked comfortable catching the football out of the backfield throughout the practices.

Desmond Ricks’ physical tools stood out the moment he stepped onto the practice field. He looks the part of a D1 cornerback with his long frame and long arms. He is a physical defensive back with great technique in coverage. The Alabama signee lived up to his five-star rating, finishing the week with four total tackles in the game.

Alabama 5-Star DB signee Desmond Ricks @DesmondRicks2 is really long. He has been physical all week in coverage. pic.twitter.com/QqlezXB5cS

Tony Mitchell had a quiet week for the most part with his versatility standing out the most. He looked comfortable in different spots within the secondary all week.

Glimpse of the future of Alabama’s secondary.

Miles McVay is a load at 6-foot-6 and approximately 340 pounds. He will be able to get in better shape once he enrolls at Alabama, but he does appear to carry his current weight really well. He had good moments throughout the week, but he really impressed in pass protection during the game. His wide body proved hard to get around.

There is no powering through Alabama 4-Star OL signee Miles McVay @McVayMiles. pic.twitter.com/8iYU7UqCWJ

Olaus Alinen is still growing as an offensive lineman. Although he is a bit raw in his technique, there is plenty to like about the Finland native. He is a punisher as a run blocker.

Alabama 4-Star OL signee Olaus Alinen @alinen_olaus ready to show what he can do in the Under Armour All-America game today. pic.twitter.com/b9a7CwKs9y