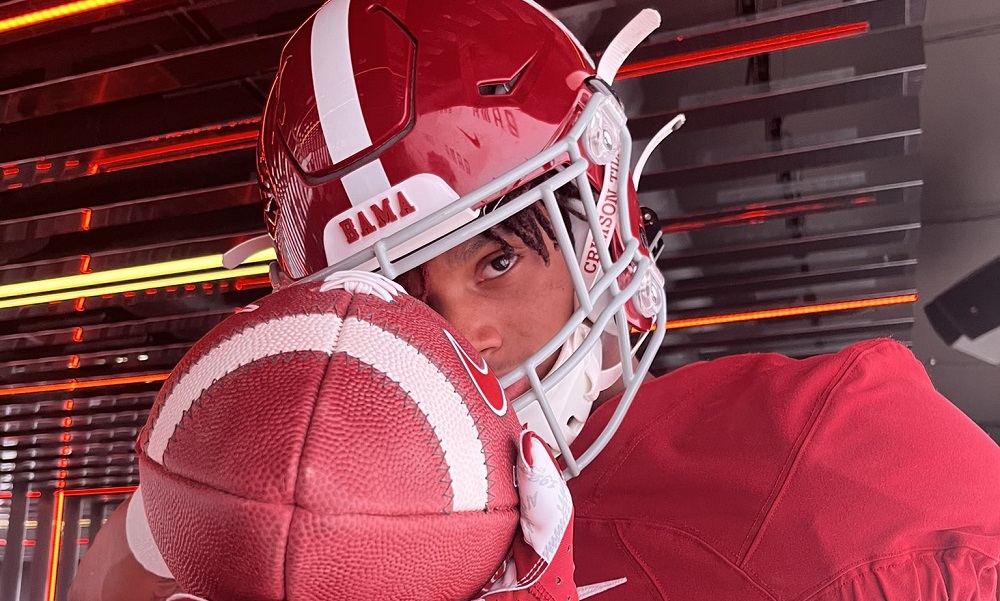 An Alabama football commit and signee were named the Gatorade Player of the Year for their respective states Friday.

The Crimson Tide’s 2023 five-star defensive back signee, Caleb Downs earned the award for the state of Georgia. The Alabama signee helped Mill Creek win a state championship as a senior by contributing on both sides of the football. He finished the year with 76 tackles, five interceptions and two pick-sixes. The Georgia native also rushed for 390 yards and 20 touchdowns.

Alabama 5-Star DB signee Caleb Downs @caleb_downs2 was named the Gatorade Player of the Year for the state of Georgia.

Ryan Williams, Alabama’s 2025 wide receiver commit, earned the honor for the state of Alabama. Williams pulled in 87 receptions for 1,641 yards and 24 touchdowns en route to helping Saraland High School win the class 6A State Championship as a sophomore.

Alabama 2025 WR commit, Ryan Williams @Ryanwms1 has been named the Gatorade Player of the Year for the state of Alabama.