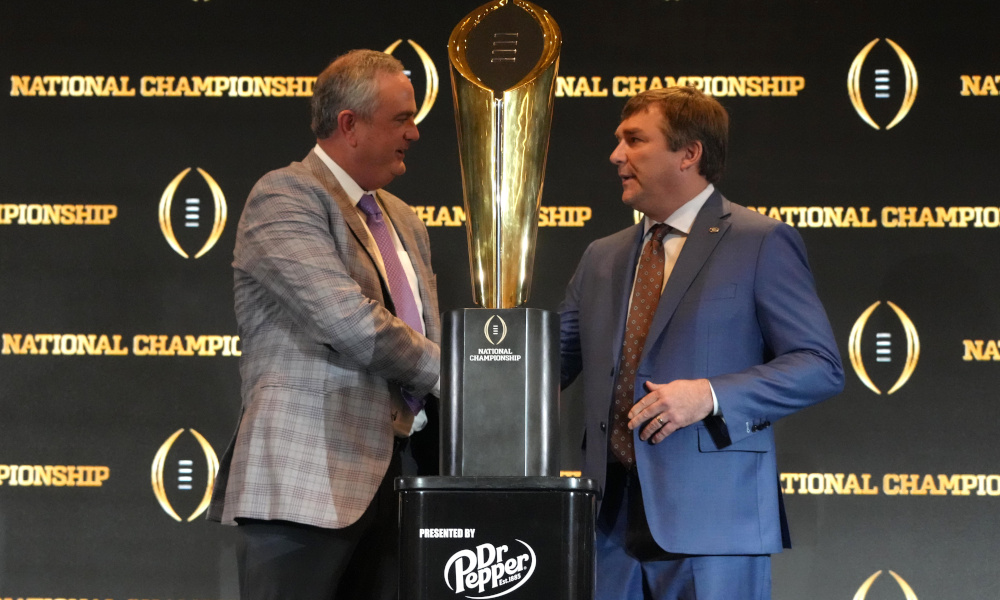 No one was entertained by Georgia’s demolition of TCU in Monday’s College Football Playoff National Championship Game.

The Bulldogs are back-to-back national champions, but college football did not get its money’s worth.

Austin Karp, a managing editor for the Sports Business Journal, reported an eye-poping statistic on Thursday.

He said viewers did not stay around for the Dawgs’ blowout win. According to Karp, ESPN, ESPN 2, and ESPNU averaged 17.223 million viewers for the national title game — the lowest ratings for a CFP title game since the BCS era started in 1999. If Alabama had faced Georgia, the masses would have gotten more. Alabama brings better competition, people wanted to see could Kirby Smart beat Nick Saban in another championship game, and it would have been the two best teams going at it.

Viewers did not stay around for the Dawgs’ blowout win.

The breakdown for last night:

Instead, we got the least amount of eyeballs on the biggest college football game of the season in over 20 years.

Next season will be intriguing as the Crimson Tide looks to return to the playoff.