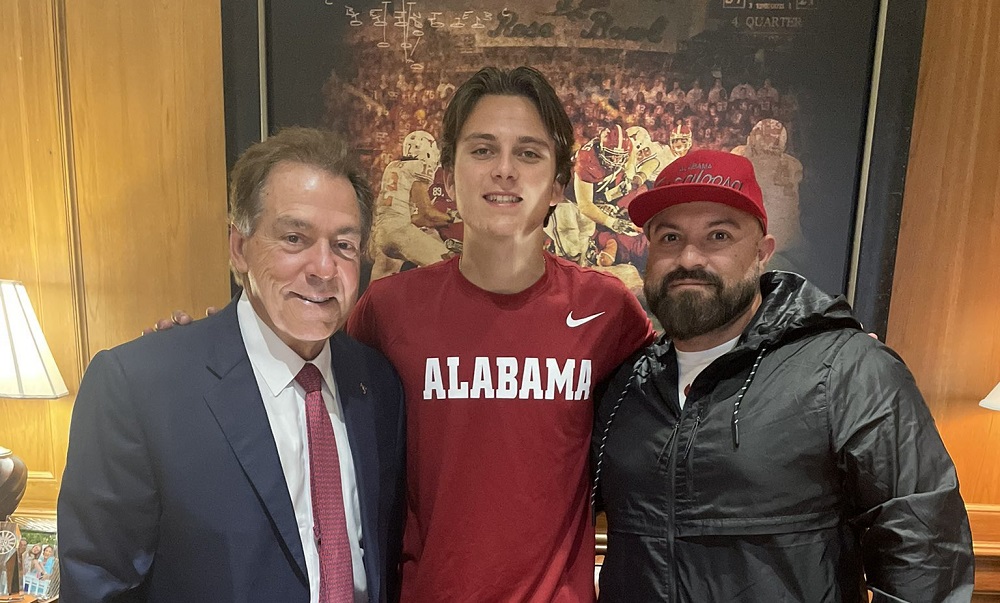 Julian Sayin remains locked in with Alabama with Ohio State entering his recruitment with an offer earlier this week.

Sayin attends Carlsbad High School in California, and he is rated as a five-star recruit. He is one of the Crimson Tide’s five 2024 commits. The Alabama commit currently holds more than 20 Division 1 offers.

The Buckeyes are now in pursuit of Sayin, but he remains locked in with Alabama.

“I am extremely solid,” Sayin told Touchdown Alabama. “Nothing but Roll Tide over here. Contact with them has been good, really enjoying the staff over there.”

Sayin has had an opportunity to watch a California native shine at Alabama with Bryce Young putting together a legendary career in Tuscaloosa over the last three years. Young’s success was definitely a positive for Alabama in its pursuit of Sayin. The Alabama commit said he enjoyed watching a fellow Southern California kid have success at a high level.

“It’s awesome to see Bryce absolutely dominate, being a SoCal kid and it shows the type of caliber Cali QBs are,” said Sayin.

The Alabama commit has openly recruited for the Crimson Tide in the past. He is looking to do so in the future as well.

“I am definitely looking at some receivers in my class and trying to get them to Tuscaloosa, not sure who yet,” Sayin said.