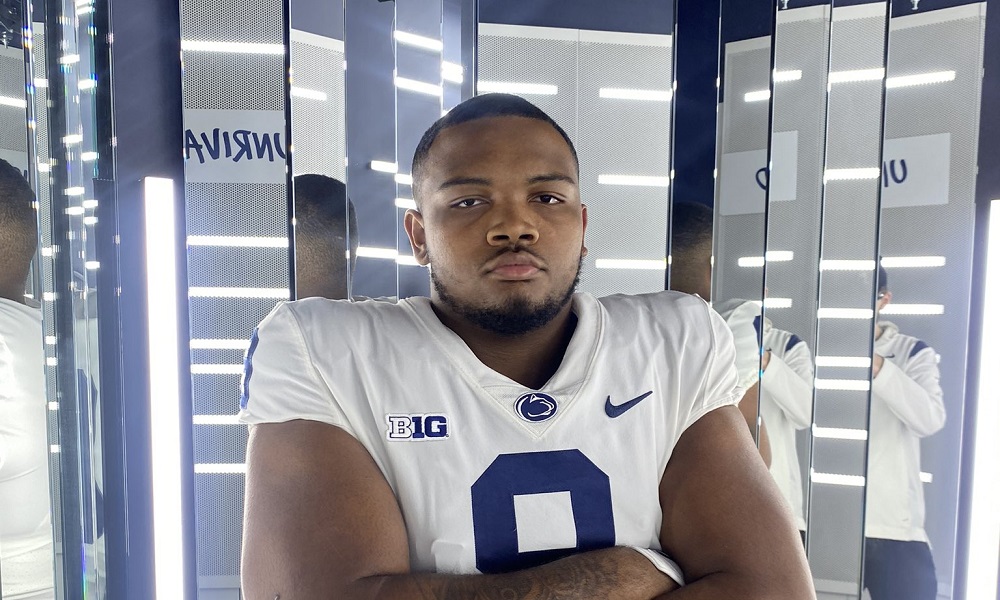 Wilson attends St. Frances Academy in Maryland, and he holds more than 15 D1 offers. The 2025 recruit is currently not rated by any recruiting service, but that will quickly change.

Wilson’s coach informed him of his offer from the Crimson Tide after Nick Saban watched his film. The St. Frances Academy product said he felt overjoyed when he was told he earned an offer from Alabama.

“I was very excited, knowing that Nick Saban is one of the best college coaches of all time,” said Wilson. “I was excited that he took the time to watch my film and that he wanted to offer me. Alabama’s history is incredible. The style of ball that they play, the amount of people they put in the league and the coaching altogether are amazing.”

The new Alabama target already has a visit planned to the University of Alabama.

“I will be taking my first visit the week of March 20th, Which is the start of spring ball,” said Wilson

At 6-foot-3 and 270 pounds, Wilson lined up at defensive tackle for St. John’s High School during the 2022 football season. There were times he exploded into the backfield and stop the play from developing during his sophomore season. He also displayed power by pushing offensive linemen into the backfield.

Wilson plans to improve his play recognition skills in the future.

“I feel I am good with my hands and I have good feet,” said Wilson. “I can improve on my play recognition, knowing if the play is a run or pass based on the offensive linemen movements.”