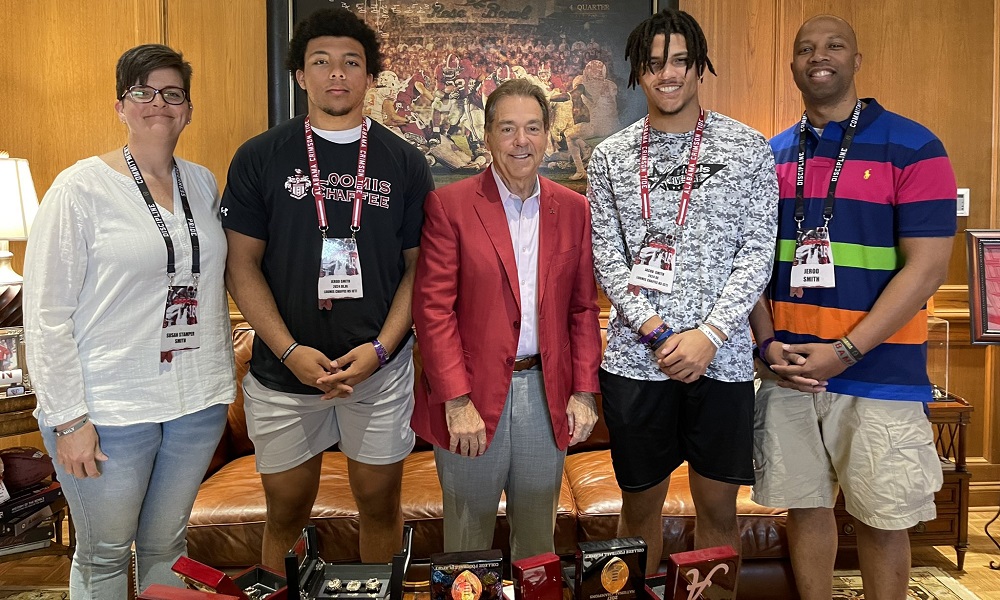 The Crimson Tide offered the pair in June. The duo has visited Alabama three times since last spring. The Tide last got them on campus in September for a game, and Jacob told Touchdown Alabama the visit was ‘fire.’

“It was fire like all of them,” Jacob said. “This was our third time. Walk of champions was fire. We were right above it as they came in…They are a dominant defense in the SEC. I could see myself playing in something like it. They have a dominant defense and basically can get people developed to play at the next level.”

Jacob is listed at 6-foot-5 and approximately 225 pounds. He is being recruited as an edge rusher. He possesses the frame of a future outside linebacker in Alabama’s defensive scheme.

Jerod Smith is projected to be an interior defensive lineman at 6-foot-4 and 240 pounds. He had  10 sacks, 25 tackles for loss, five pass break ups and 40 total tackles through nine games during the 2022 football season.