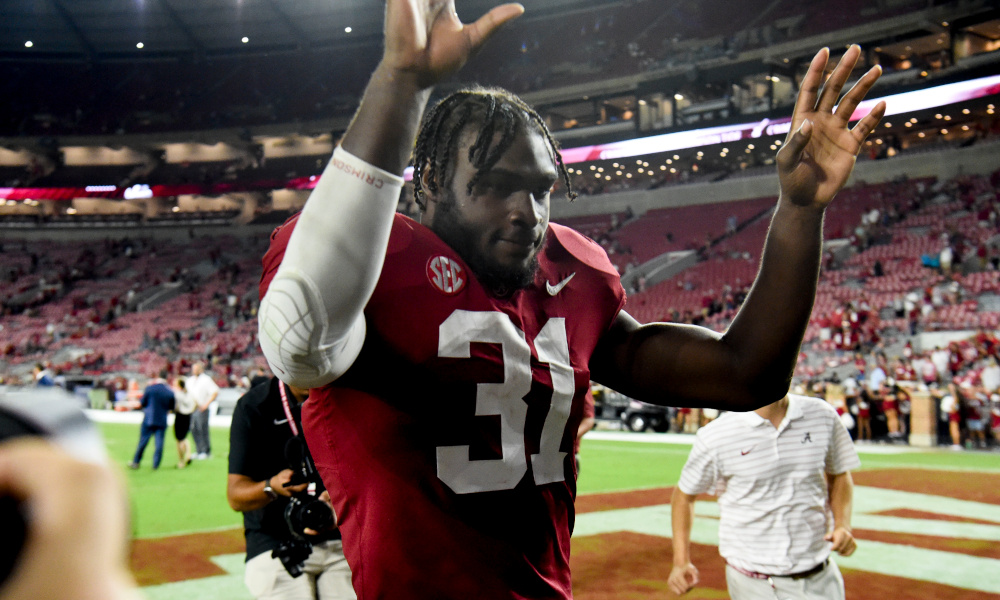 One of the most fearsome players in the Nick Saban era for the University of Alabama is preparing for the NFL Combine.

Will Anderson Jr., a native Georgian, did not accomplish a national championship in 2022, but the former Crimson Tide edge rusher achieved a lot across three years. He has a College Football Playoff National Championship ring from his freshman season in 2020 while having two Southeastern Conference Championships in 2020 and 2021. Anderson swept the College Football Awards last year, winning Bronko Nagurski, Chuck Bednarik, Rotary Lombardi, and Lott IMPACT Trophy honors. He was a two-time SEC Defensive Player of the Year, two-time first-team All-SEC selection, and the first two-time Unanimous All-American selection in school history. Anderson finished his career with 34.5 sacks and 62 tackles for loss. He is projected as a top-five pick for April’s NFL Draft. The 6-foot-4, 243-pounder is training with an elite pass rush specialist to get ready for the combine.

Brandon Jordan is one of the trainers for the NFL, regardless of position.

Alabama fans hope Anderson becomes legendary at the next level.