The bond between these two run deeper than just coach and player.

One of the nice things about being old are your memories. Watching the AJ McCarron / Nick Saban relationship evolve over the years has brought back memories of Coach Bryant and Joe Namath.

I was fortunate as a student at the University to have been invited into Coach Bryant’s home back in the 70’s. I had a part time job selling Cutco cutlery and Wearever cook wear to help make spending money. One of my customers was Mary Harmon Bryant.

I sold her some knives and she was regaling me with stories about Coach Bryant and the players. She told me that while she was a defacto mother to many of the players, helping some get out of the dog house with her husband, helping with home sickness to others, that none was more like a son to her and coach than Joe Namath.

She went on for several minutes telling me how close they both were to him and how he still stays in touch with them. “He would have been a handful for most coaches.” Mary told me, “But somehow Paul knew just how to handle him. Not just to get the best football from him, but to keep him out of trouble too.”

Joe was one of the few players that Coach Bryant had a picture of at his home, Mary was proud to show it off. I was still there when coach Bryant came home and it was interesting for me to see him as a normal man, not a legend.

Like most average men coming home from work, he looked for the mail, glanced over it, wondered what was for dinner and inquired who I was and what was I selling. They bantered like any average couple for a few minutes and he sat down to look over these knives and make some small talk with me. He cut his finger on one of the knives and Mary got him a paper towel to blot it. While nursing him, she told him we’d been talking about “Joe”.

Just the mention of his name made Coach Bryant smile and he asked what stories had she been telling? “Just that Joe could be a handful sometimes, but you always seemed to know how to handle him.” she said.

“Really?” Coach Bryant said with a smile, “And all this time time I thought he had figured out to handle me!” and they both laughed.

Fast forward 35 years and you have the relationship going on with AJ McCarron and Nick Saban. The two of them have a very “parental” type relationship, but it extends much deeper on different levels.

I first became aware of how this relationship was forming after the Capital One Bowl Game in Orlando when I interviewed AJ after the game. At the time, he was just the backup to Greg McElroy and facing a heated battle in the spring with Phillip Sims for the starting job the following year. 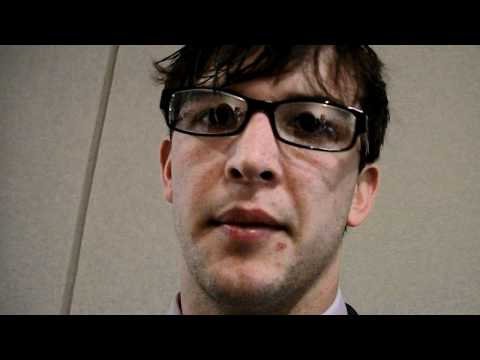 Listen about the five minute mark when AJ said that since his freshmen days, he and coach Saban have spent time with another every Sunday for about a four hour time frame.

Later, off camera, I advised AJ not to talk of this again with the upcoming battle for the starting job coming up. I said people may perceive he’s the “teacher’s pet” should he win the job instead of through his own merits. But I had to know what they did during all this “alone time”.

AJ said that they talked about everything, not just football, but school, life, girlfriends and all sorts of stuff. He said it’s more than just a father/son relationship, but with elements of best friends too.

Now I was stunned, somehow I couldn’t picture Nick Saban giving girlfriend advice to a player, but since AJ said it happened who am I say to say didn’t and seeing the girl that AJ has right now, it must have been some pretty damn good advice.

Nick Saban has been seen publicly yelling at, advising and spanking AJ on the sidelines of the games. I once asked him about that spanking, what caused it and would it happen again? His response was, “We’re both a lot alike. We’re real intense. I messed up and he just showing me how he felt.” AJ said.

As for more spankings in the future, a smiling AJ said, “You never know with coach, but if I deserve one, probably so!”

I can’t recall Saban ever swatting another players backside. It’s like something a parent would do to get their son’s attention.

I ran into Joe Namath in the press box once and told him about that encounter with Coach Bryant and Mary Harmon, Joe smiled and said, “They were both like other parents and were an important part of my life till the day they died. Coach helped shape me into being a better man than I was before I got here and he still influences me today.”

At SEC media days as well as other occasions, Saban speaks of AJ much like a proud father and the other players know there’s something special between them the others just don’t share. “They’re just like brothers”, said D.J. Fluker last year, commenting not only how close they are to each other, but in mannerisms, drive and competitiveness. “They’re both picky. … It’s just fun to watch them go at it sometimes.” last years right tackle D.J. Fluker ended.

Long after the quote AJ gave me after the 2010 season about he and Coach Saban spending Sunday’s together, I asked him if it still went on. “Yes, our time together is very important to me, when I leave here that will be one of the big things I’ll miss most.” AJ said.

Though Nick Saban may be the last to admit it, I sure he’ll miss those days too. Some coaches go their whole careers while just having a very few players close to their hearts. Most football players have an attachment to their coaches that extend through their lives, but few have had what AJ and Nick Saban have shared, what Joe Namath and Coach Bryant shared.

I remember the pain in her face when Mary Harmon was telling me how she and Paul took the news of Joe’s injuries in his NFL career. It was like a mother feeling that pain for her own child. Likewise, two years after Bryant’s death, in his Pro Bowl induction speech, Joe broke down when mentioning the influence that Coach Bryant had on his life and had to stop speaking. The mutual love between them was always evident.

Nick Saban didn’t spend more than four years anywhere before coming to Alabama. He’s never had the chance to mentor someone from recruit to fifth year senior before. Something tells me that may be why such a legacy will endure between Saban and his first real recruitment till senior year protege. They are indeed a pair of fine men who make themselves better by being together they they would be apart. It has been special watching it grow these last few years and seeing the results not in just wins and losses, but in the character of each man.

This season fans will be seeing something special. They won’t see the ending of this relationship, but they will be able to witness how special it is to both of them.

Larry is an award winning writer whose work has appeared in almost every college football venue. Now he primarily writes for Touchdown Alabama Magazine. Follow Larry on Twitter at https://twitter.com/LBSportswriter