Like Texas A&M, Alabama is starting to get acquainted with its home crowd. This will be the third game in a row that the Tide will play inside of Bryant-Denny Stadium. Alabama will face off against Georgia State this Saturday at 11:30. ESPN 3 and SEC Network will be airing the game.

For the Crimson Tide, they will enter the matchup coming off a phenomenal defensive performance against Mississippi. After the trash talk from Bo Wallace via Twitter in calling out the Tide’s defense, Alabama responds by pitching a 25-0 shutout. Coming into the game against the Crimson Tide, Ole Miss was scoring 38 points per game and averaging over 400 yards of total offense. Alabama held the Rebels to just 205 yards of offense (46 yards rushing) and Jeff Scott to 28 yards rushing.

At 4-0 (2-0 in conference) overall, the Crimson Tide is first in the SEC West, but the only thing Nick Saban is concerned about is making sure his players continue to focus on improving game by game and not get complacent. On Saturday, another opportunity to execute well and play fundamentally sound football will present itself. Though it’s homecoming week, especially for the seniors, Saban will try to get his guys to see as another game to improve and not focus on the hype. Thus far, Alabama is scoring 35.0 points per game and defensively they are ranked 13th, surrendering 14.5 points per game.

Last week, we saw the offensive line assert itself against Ole Miss. They helped the Tide amass 434 yards of offense (254 yards rushing). With the offensive line still trying to find its identity, the question this week is which O-Line will we see in this game? Will Alabama struggle like they did against Virginia Tech and Colorado State or will they be able to move the ball on the ground like they did against the Aggies and Mississippi?

Despite entering the matchup severely undersized, Georgia State will come ready to compete. One thing the Crimson Tide and the Panthers have in common, outside of the fact that both teams played each other in 2010, is Bill Curry. Curry was the head coach of Alabama from 1987-89 and though he finished his career with a 26-10 record, he never defeated the Auburn Tigers. Unlike the Crimson Tide, Georgia State is 0-4. They will look to come out and try to slow down Alabama’s offense. One of the bright spots for the Panthers coming into this game is 6-foot-3, 190-pound freshmen receiver, Robert Davis. Davis provides a huge target for quarterback Ronnie Bell to throw to.

He has great hands to along with good speed. Alabama’s secondary has struggled a bit with containing physical receivers. Thus far, Davis has 17 receptions for 241 yards and a touchdown. The leading receiver for Georgia State is Albert Wilson and though he’s only 5-foot-9, he is a tough guy. He can make the catch in traffic, has great speed to go along with nice hands and he also poses as a threat on special teams.

For the Panthers to have a shot at competing in this game, Bell must play well at the quarterback position. He is going to have to keep his composure on the road as well as rally his team together. At 5-foot-11, 180 pounds, Bell is very athletic. He’s definitely no Johnny Manziel, but he can make plays with his feet if given the opportunity. He will have to make proper reads, use his athleticism to help break down the defense and take care of the football in order to help the offense succeed. He has 774 passing yards, five touchdowns and three interceptions so far this season.

The spread in this game favors Alabama by 57 points and though Saban isn’t the type of coach that enjoys running up the score, it would be nice if the Crimson Tide could fulfill the spread. For the offensive line, they will look to build upon their performance against Mississippi and help the backs produce another great day on the ground. For TJ Yeldon (66 carries 394 yards and three touchdowns) and Kenyan Drake, they completely slashed and gashed the Ole Miss defense and will look to do the same against Georgia State. As for AJ McCarron, he will look to help get his team focused on one thing and that is to go win a football game.

Where the receivers are concerned for Alabama, this may finally be Amari Cooper’s game to produce. Thus far, he has nine receptions for 100 yards. Christion Jones and DeAndrew White are leading this receiving core right now. Combined they have 28 receptions for 377 yards and three touchdowns. With Ryan Kelly probably out for four weeks due to injury (stretched MCL) and Ha Ha Clinton-Dix suspended indefinitely, it will give Chad Lindsay (center) and Landon Collins (safety) an opportunity to really step up and make their presence felt on the team.

In the last meeting between these programs Alabama spanked Georgia State in Bryant-Denny 63-7. This time around the question will be can Georgia State compete in this game with the big boys? 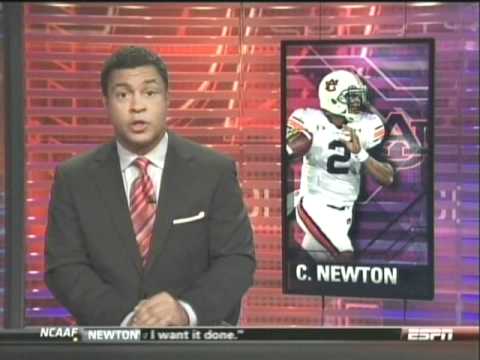