Dynamic duos have shaped American culture.  As children, we idolized Bateman and Robin while eating peanut butter and jelly sandwiches.

In college football, the best relationship is between a quarterback and his receiver.  Receivers depend on quarterbacks to get them the ball. Quarterbacks depend on receivers to get open and make huge plays. When both positions work together, it becomes a nightmare for defenses.

Aside from running backs, Alabama keeps talented receivers in its arsenal. From David Palmer to Amari Cooper, the Crimson Tide has produced some of the best receivers in college football.  Here is a list of the best play makers Alabama’s had at the wide receiver position. 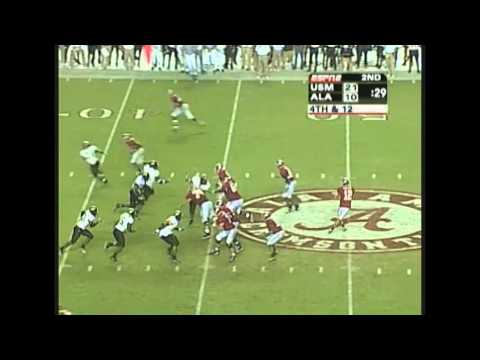