Not many similarities exist between basketball and football; however, both sports have one position in common, center and safety.  In basketball, the center is the last line of defense. If an opposing player gets pass the center; they will be able to attack the basket and score.

The safety is the protector of the endzone. If an opposing wide receiver burns a safety, a touchdown will be the result nine out of ten times.  A safety’s primary job is to read the quarterback’s eyes and help the cornerback. They are called upon to be secure tacklers and hard hitters.  Safeties can undercut routes and create turnovers or play it safe and deflect the pass away.

Alabama has had its share of hard hitting, talented safeties. From George Teague to Ha’Sean “Ha Ha” Clinton-Dix, the Crimson Tide prides itself on recruiting safeties that will be leaders in the secondary and generate huge plays. 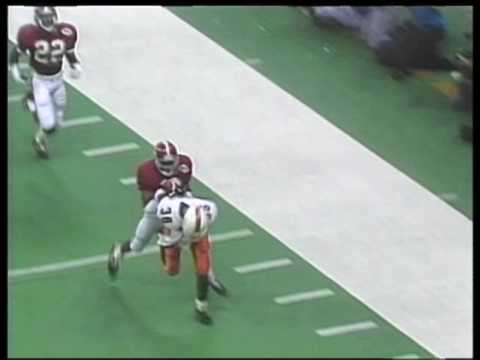