Like offensive linemen, fullbacks don’t receive a lot of recognition from the press. Many of them aren’t awarded the ball often, but fullbacks play a significant role in an offense’s success.

A fullback’s responsibility is to guide a running back. Fullbacks can either led running backs into the hole or set an edge outside. When a fullback does its job correctly; it’s then rewarded with carries on goal line situations or a reception out the backfield.

Unlike running backs and receivers, Alabama doesn’t recruit many fullbacks. The ones that landed a spot at Alabama really put in work and produced on the gridiron. Here is a list of the top five fullbacks in Alabama history. 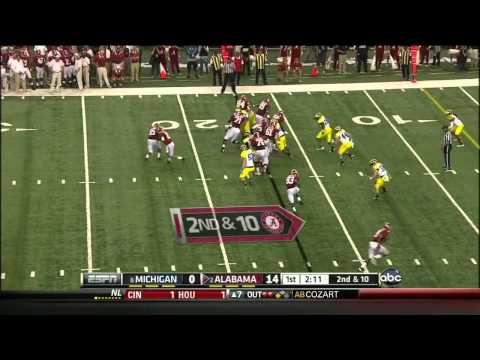