Stats don’t matter. Betting lines are useless. 364 days of arguing and trash talk soon results in one day to determine who the better team, coach and fan base is. 160 miles separates Tuscaloosa from Auburn, Ala., but next Saturday Bryant-Denny Stadium will hold both programs as the 79th edition of the Iron Bowl looks to add another chapter to its epic tale.

Auburn’s head coach Gus Malzahn has the Tigers at 8-3 in his second season. Auburn is out of the College Football Playoff picture, but has a chance to spoil Alabama’s dreams next Saturday.

Senior quarterback Nick Marshall has been inconsistent all season. He’s improved as a passer, but continues to struggle with accuracy and ball placement. Marshall has completed 59.6 percent of his passes for 1,859 yards, 15 touchdowns and six interceptions. He’s a shaky quarterback; however, Marshall is a potent runner. Marshall’s recorded 731 rushing yards and 11 touchdowns.

Junior receiver D’haquille “Duke” Williams injured his knee against Texas A&M, but is likely to play against Alabama. Williams leads Auburn’s receiving corps with 38 catches for 609 yards and five touchdowns. Senior Quan Bray weighs in with 30 receptions for 334 yards and three scores. Sammie Coates has 25 catches for 511 yards and two touchdowns, despite injuries. Ricardo Louis and C.J. Uzomah both have two touchdown receptions apiece.

Alabama’s head coach Nick Saban and the Crimson Tide defeated Western Carolina 48-14, but victory came at a cost. Five players including Amari Cooper (knee), Cam Robinson (ankle) and A’Shawn Robinson (ankle) all needed medical attention. Saban said all three players are fine and should be ready to go against Auburn.

Senior quarterback Blake Sims watched AJ McCarron deliver Alabama to two Iron Bowl (2011, 2012) victories. Sims will have a chance to write his own story next Saturday. He went 17 of 25 passing for 222 yards, two touchdowns and an interception against Western Carolina. Sims has completed 62.1 percent of his passes for 2,676 yards, 20 touchdowns and four interceptions this season.

Junior receiver Amari Cooper could have played against Western Carolina, but chose to sit out after taking a helmet to his left knee in the first quarter. Cooper finished with three catches for 46 yards. He has 90 receptions for 1,349 yards and 11 touchdowns this season. Cooper’s three receptions against the Catamounts ties him with D.J. Hall for first all-time in career receptions (194). A hamstring injury kept senior DeAndrew White from seeing the field last week. White has 30 catches for 319 yards and two touchdowns. Christion Jones has 15 receptions for 203 yards. Chris Black has totaled 13 catches for 178 yards. O.J. Howard has 12 receptions for 206 yards.

Alabama and Auburn have met 78 times. The Crimson Tide leads the series 42-35-1. Alabama’s head coach Nick Saban is 4-3 against Auburn. Auburn’s Chris Davis was the hero of last year’s Iron Bowl. He returned a missed field goal 109 yards for a game-winning touchdown. The Tigers defeated Alabama 34-28 in 2013.

Alabama’s task is simple, win and it’s in. The Crimson Tide can clinch an SEC West crown with a victory over Auburn. Alabama would remain as a top seed in the College Football Playoff with a win over Auburn. Amari Cooper could still attend the Heisman Trophy presentation with a solid performance against the Tigers. This year’s meeting will have a 2009 feel to it. Alabama with one loss still has everything in front them. Auburn, a three-loss team, looks to salvage its season by defeating Alabama. 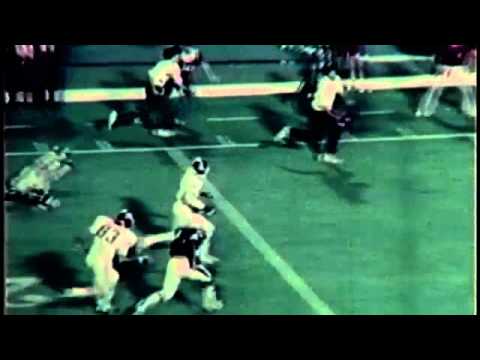