The #1 JUCO kicker in the nation, Eddy Pineiro is the soccer player turned kicker. He has relatively good size at 6’1, 180 pounds, a true soccer frame. He is not the typical soccer player that switches because he doesn’t kick like a soccer player. According to his kicking coach Jesse Ohilger, he has a “One-of-a-kind leg.” This kid could be the break that Alabama fans have hoped for.

Pineiro may have one of, if not the strongest leg in the country. He has reportedly hit 60-yarders with ease and made a 65-yard kick at the Alabama Kicking Camp, which is when Nick Saban knew he had to offer him. His tall frame and big leg should lead to success as soon as Pineiro steps foot in Tuscaloosa.

Pineiro reminds me somewhat of JK Scott as far as not being a small kicker, although not the same size, he has that freakish, rare leg that we all got to witness from Scott last year. We should see the same from Pineiro and hopefully the end of the Alabama kicker drought. 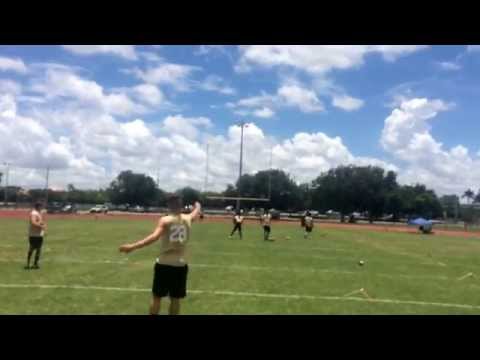