Former Alabama wide receiver DeAndrew White is making his presence felt in San Francisco. He’s made acrobatic catches and has been on the receiving end of great throws from Colin Kaepernick and Blaine Gabbert; however, White isn’t the only wideout turning heads.

Dres Anderson, 6-foot, 180 pounds, is competing for a roster spot.

Anderson, like White, was undrafted coming out of college. He totaled 134 catches for 2,077 yards and 17 touchdowns in 43 career games at Utah. Anderson caught a 25-yard pass with his fingertips from Gabbert in Tuesday’s session.

White and Anderson are competing for the last wide receiver spot on the roster.

According to Tyler Emerick, digital media writer for 49ers.com., the former Alabama standout is receiving most of the attention for undrafted rookie wide receivers, but Anderson is holding his own. 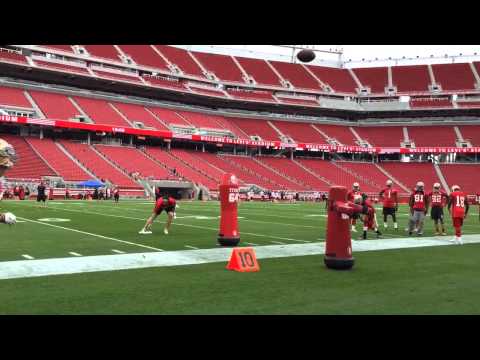