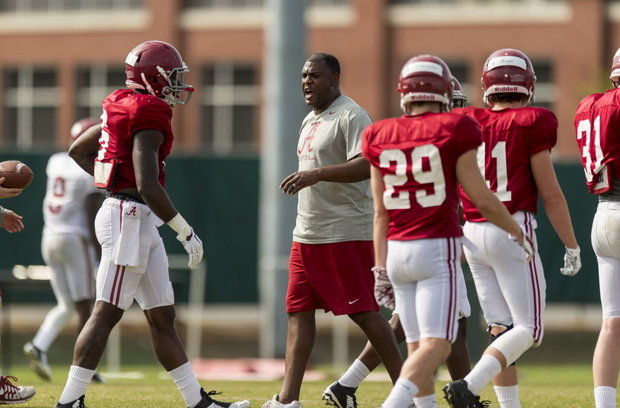 First year Alabama secondary coach Mel Tucker has worked hard to get his boys ready for this game. Did he succeed? (Photo Vasha Hunt)

So far this season, you’ve seen Alabama play a lot of base 3-4 and 4-3 defenses. In the secondary, they’ve played a lot of zone, some cover 2 and been mostly vanilla as they’ve played teams like Wisconsin who wants to run for the most part.

This week, with Ole Miss Scoring 70+points a game and racking up yardage numbers like a pinball machine, expect something different from the Tide.

You’ll find that the Tide’s “Basic” package this week will be the nickel defense. Here’s how that lines up. It brings an extra cornerback into the game.