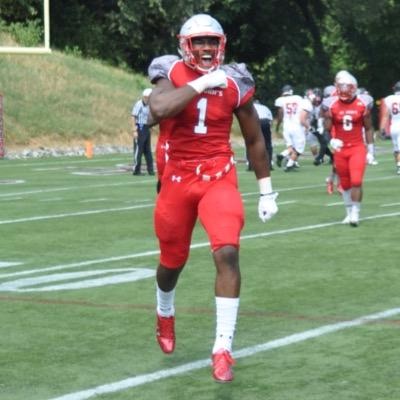 As The Tide roll into SEC Conference play, excessive amounts of recruits will begin to find their way to the Alabama football sidelines on visits. This past week vs Ole Miss, The Tide played host to one of the top recruits in the East Coast, Terrell Hall.

At 6’5, 250, Hall offers an immense presence as an edge rusher, but also provides quality footwork and quickness to make quite an impact at the college level. As a junior last year, Hall lead his Washington D.C. St. John’s High School team with 15 sacks, and has been adding to that total so far in his senior season.

After watching his film, you can see the athletic ability right out of the gate. His explosiveness goes unquestioned. However, what makes him even more special is his discipline approach at the point of attack and footwork that allows him to defeat his opponents. Usually, young players with his ability disregard proper form and simply rely upon sheer physicality.

Numerous analysts and experts peg him as a top 100 recruit in the class of 2016, with comparisons to Chandler Jones of the New England Patriots.

After decommitting from Ohio State after a visit to Tuscaloosa this past summer, the Tide have steadily become the frontrunner to land Hall. He is especially intrigued with Kirby Smart’s use of a 3-4 defense that will allow him to rush the passer, yet show off his coverage skills.

Alabama will surely be landing a dynamic and confident blue chipper if they play their cards right. “I can play middle linebacker, defensive end and outside linebacker. I bring a lot to the table,” Hall said. “It makes it hard for an offense to find a way to stop me. You have to worry about where I am before the snap — whether I’m going to drop back in coverage, rush off the edge or line up over your guard.”

Hall recently stated that he wishes to use all of his official visits before making his choice, which will mean a decision after the season. Tosh Lupoi and Bo Davis will stay strong on his recruitment, but the Tide look to be in solid shape with this one.