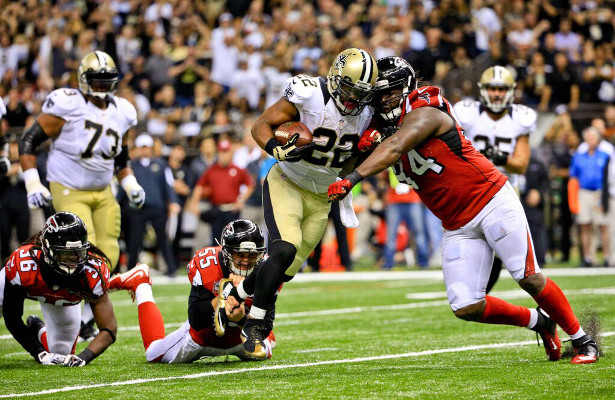 Two members from Alabama’s 2008 recruiting class took the field on Thursday Night Football, Julio Jones and Mark Ingram. The latter got the better of the former as New Orleans defeated Atlanta 31-21, handing the Falcons its first loss of the season at the Mercedes-Benz Superdome. Ingram recorded 46 rushing yards and 10 receiving yards on 23 touches.

Alabama’s former Heisman winner got the game started for New Orleans with a two-yard touchdown run in the first quarter. His score capped off a drive lasting 12 plays for 80 yards.

Ingram would find the end zone again in the fourth quarter with 8:04 remaining. He scored on a one-yard touchdown run, capping off an 11-play, 80-yard drive. Ingram’s multi-touchdown performance was his first of this season. He now has 307 rushing yards with four touchdowns.