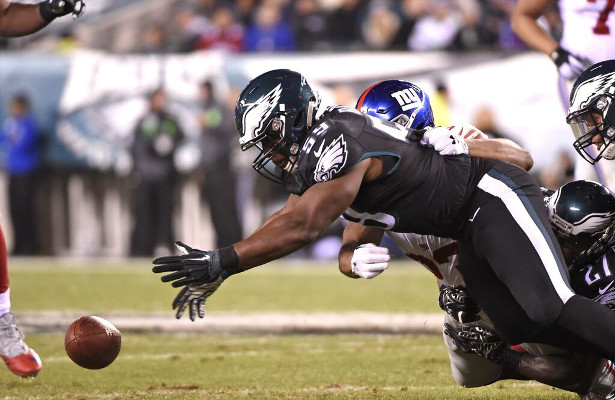 Former Alabama standout DeMeco Ryans embodied everything that was right about the program prior to Nick Saban’s arrival in 2007. He was an All-American linebacker that showed leadership both on and off the field from 2002-05. Ryans guided Alabama to a 10-2 season in 2005, its lone bright spot under former head coach Mike Shula.

Ryans, a 10-year veteran, is in his fourth season with the Philadelphia Eagles.

At 31 years old, the Bessemer, Ala, native still has a lot of football left in the tank. He was instrumental in Philadelphia’s 27-7 victory over the New York Giants Monday night.

Ryans finished fourth on the team in tackles with five and collected an interception. He sustained a hamstring injury in the second quarter, and despite wanting to return, Ryans sat out the second half. He told Zach Berman of the Philadelphia Inquirer that he “wasn’t going to be 100 percent” if he would have returned. Ryans added that the Eagles “will see how everything goes this week.” The Eagles improved to 3-3 on the season after the win.