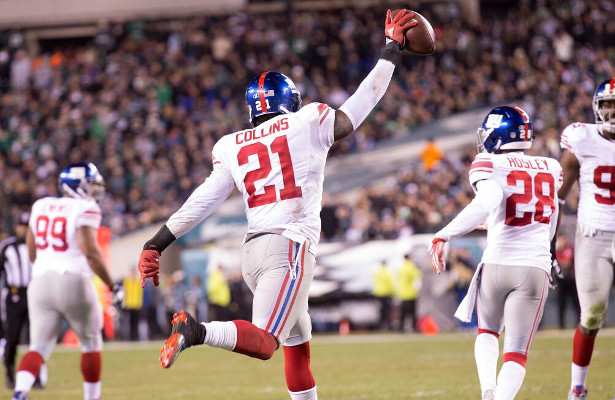 New York Giants defensive back Landon Collins ended his career at Alabama as an All-American safety, two-time Southeastern Conference champion (2012, 2014) and a national champion in 2012. The second-round pick is putting everything together for the Giants.

Collins accounted for five tackles, with four solo stops in Monday’s game against Philadelphia. He added one tackle for loss and a pass defended to his stat sheet. Collins left the Crimson Tide with five career interceptions. He received his first professional gift in week six of the NFL season, picking off Eagles’ quarterback Sam Bradford in the fourth quarter (red zone).

New York loss to Philadelphia 27-7, but Collins has been one of the team’s bright spot.

He’s totaled 33 tackles, with 26 being unassisted and an interception.